How to Block a Sender On Gmail

Here is the easiest way to block a sender if you’re using Gmail.

1. Open an email that came from the sender you want to block.

2. Click the More menu button (the three vertical dots icon) next to the Reply button near the top of the message. 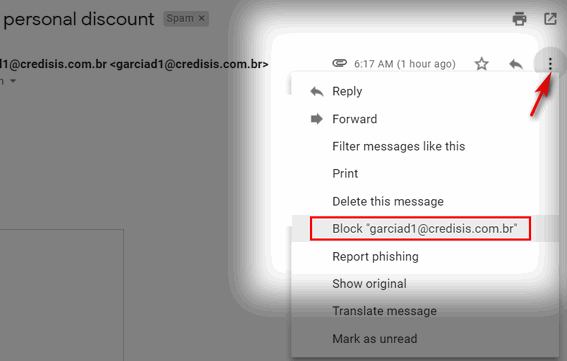 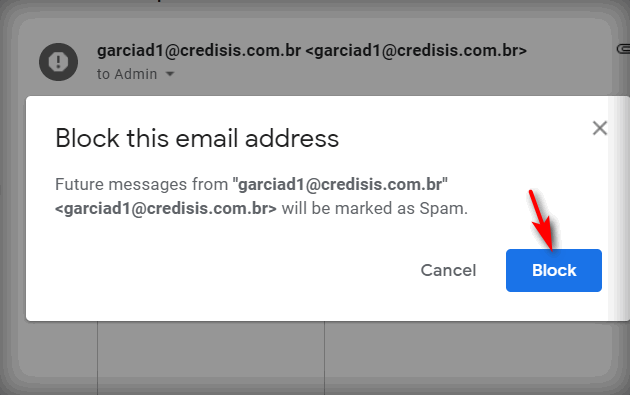 And that’s how you block a sender in Gmail. From now on, all messages from the sender you blocked will be sent directly to the Gmail spam folder. This should prevent you from getting any more email from that sender in your Gmail  Inbox.

And should you ever want to unblock a sender do this:

Find an email from someone you’ve blocked in your Gmail spam folder and open it.  Now follow the instructions above, only this time, if the sender is already blocked you’ll see “Unblock” in the drop-down menu and “Unblock” in the confirmation dialog.
Email this page

4 thoughts on “How to Block a Sender On Gmail”