Many of you have purchased Captain Optimizer since we began offering it at our special discount. Thank you! We thought we’d show you a feature of Captain Optimizer that you may not be aware of. Most of you know that Captain Optimizer can clean, tune, and optimize your PC, check your PC’s security settings, and a whole lot more. But unless you’ve really taken a good look under the hood, you probably didn’t know that it also contains a memory (RAM) optimizer too. 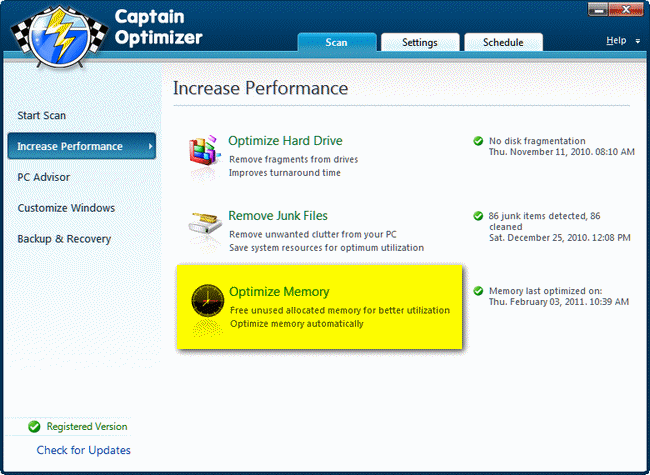 You’ll see a graph showing your available RAM in green, and your used RAM in red. Click the “Optimize Now” button and see what happens to your computer’s memory. 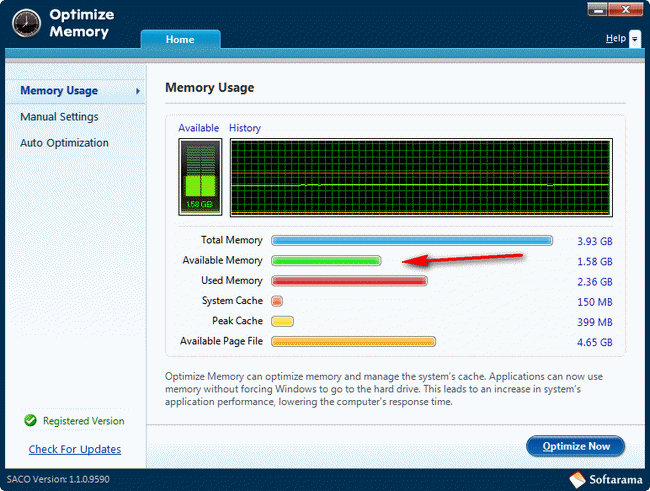 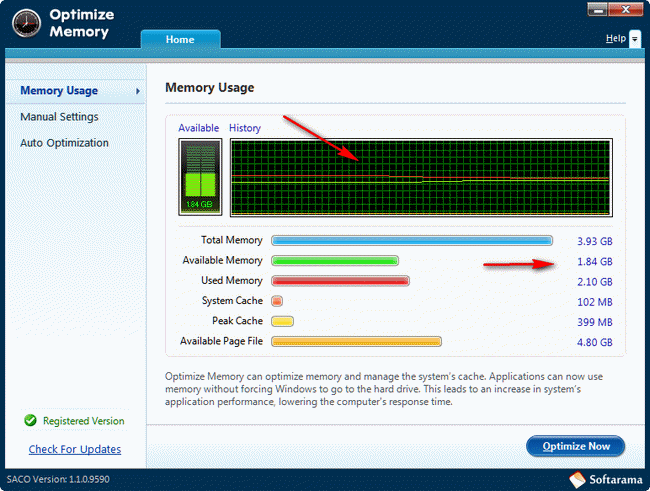