And while Windows 10 Version 1803 (April 2018 Update) makes it easier to control startup program, it isn’t the best solution. It falls into the “better-than-nothing” category.

There are better programs for controlling your startups such as Microsoft Sysinternals “AutoRuns” ( although it’s not for beginners) , Reg Organizer’s  startup feature and several others.

But using Windows Startup feature is better than nothing and it does let you see some of programs that most impact your computer’s startup. It also allows you to easily disable startup apps/programs. 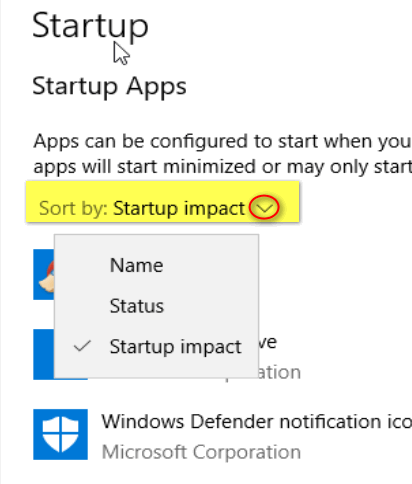 If you look above, you’ll see I have sorted the startups by impact – meaning the programs that affect boot time and/or computer performance the most – at least according to Windows.

And below you can see I have all the startups listed – turned off- meaning they won’t start with Windows and they won’t run in the background either. I can still run them whenever I want to by using clicking on their shortcuts.

Note… this is a newly formatted test machine and  there’s not much installed on it. Your list of startups will probably be much longer. 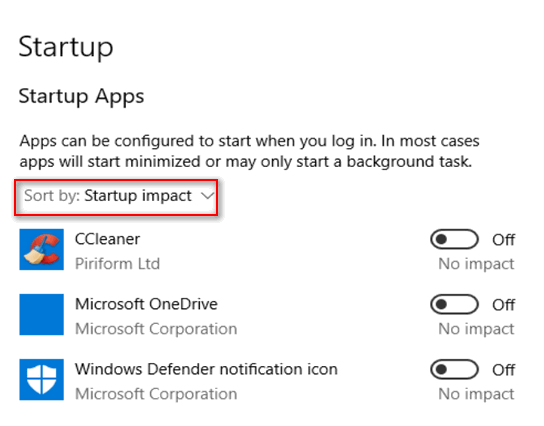 The problem Windows startup control is that it is not comprehensive and usually isn’t a complete listing of all programs starting with Windows. But it is better than nothing… and it’s at least worth a look.