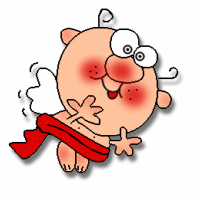 Do you like virtual kisses? Virtual friends? Virtual reality? Really? You can stop reading now. If you’d prefer a real kiss to a real one (be quiet EB!), then keep on reading.

After reading several letters we received this week, we could tell that a lot of people don’t quite understand the difference between virtual memory and physical memory (RAM). And if you don’t, don’t worry. It’s sort of an arcane, but important concept.

Back in the days of Windows 95 when computers commonly had 540MB hard drives and 4MB of RAM (yes that’s megabytes), the wonderful wizards of Microsoft figured that 540MB of hard drive would be about anyone would ever use. So figuring that with those enormous hard drives of the mid-90’s no one would ever possibly use them all, Windows wizards thought we’ll carve up some hard drive space and use it to supplement physical memory. See they knew even then that Windows was a gobbler of resources and a waster of memory. So instead of fixing the problem of how Windows used memory, in typical Microsoft fashion, they created a workaround. Lo and behold – virtual memory was born.

The Microsoft wizards looked at their wonderful work and said – “We did good.”. But not really so good. Pathetically under-powered computers flooded the market and all of us with Window 95 had to reboot our computers about every 30 minutes when Windows used up all the RAM and all of the free space on the “huge” 540MB hard drive because Windows was carving up all the free space into virtual memory just to keep the computer running for 30 more minutes.

The biggest difference between virtual memory and physical memory (RAM) is speed. And if your computer seems slow – if you click a shortcut and it seems to take longer than it should for a program to open; if your computer “freezes”; if your computer displays error messages often, it’s a good bet that you’re living in a virtual world, and if you are then you don’t have enough RAM.

Virtual ram is created, as needed, by Windows from free space on your hard drive, whenever your physical memory (RAM) gets too low. And virtual memory, residing on your hard drive is painfully slow. Every program you open loads into memory – whether that memory is virtual or physical (RAM). If it’s virtual it’s coming from your hard drive and the information is slower to load onto it and slower to retrieve from it. Physical memory is instant – programs loaded into RAM (physical memory) load instantly and can be retrieved from RAM instantly. RAM (physical memory) is over 3 times faster than virtual memory. So if your computer is slow, if programs seem to hesitate when you open them, if programs freeze, if your computer freezes up often, if you often hear your hard drive spinning while you’re using your computer, if you get error messages too often – the very first place you should look is how much physical memory (RAM) you have installed. To do this, click “Start” and then right click on “My Computer” or “Computer” and select “Properties” – the amount of RAM you have is right there.

And just having enough RAM (physical memory) isn’t the whole story. If you’ve loaded down Windows with dozens of programs that start with Windows, if you’ve installed monster security suites (like our buddies Norton or McAfee) which contain anti-spam, firewalls, browser site advisors, email scanners, along with anti-virus and anti-spyware, keep in mind that all of those programs are using up your physical memory – and many of them aren’t worth the cost of the hit they put on your system resources. You need good anti-virus and good anti-spyware, no doubt. But you don’t need spam filtering- anti-spam has never proven to be an effective way to control spam anyway – too much good email gets filtered and let too much spam gets through. And you don’t need 3rd-party firewalls; they are an unnecessary burden on your patience as well as your computer’s physical memory (RAM).

What security programs you choose are your business…we’re saying you have to decide whether you want to waste your computer resources on programs of questionable value, or you want to use your system’s resources wisely. Unless you have a lot of RAM (physical memory), you can’t afford to waste the RAM you have on programs you don’t really need. And remember programs that start with Windows, run in the background, and constantly consume memory.

Most computers – all but the very cheapest – sold these days have enough RAM. It’s not because computer manufacturers have suddenly become concerned with the performance of their computers – it’s because RAM has become much cheaper than it used to be. It might cost Dell, for example, a few dollars more to install 4GB of RAM rather than two – and they may add $20 to the price of the computer.

You can buy additional physical memory for your computer cheaply too. RAM has never been cheaper – and there’s not one thing you can do for your computer that will make as big of difference in how it performs than adding additional RAM. You can buy RAM at your local computer store, Best Buy, Staples, etc. But there’s no place we’ve found better than Crucial ( www.crucial.com ). Not only are their prices competitive, they web site is set up to scan your computer and find the correct type of RAM for you. And when you get it – they send with it, easy instructions that will help you install the RAM in less than five minutes. If you add more RAM to your computer, it may well be the best five minutes you ever spent.

There are some limits to how much RAM you can install. If you have a 32bit computer – Windows XP, Vista, or Windows 7 – having more than 4GB of RAM won’t do you any good – 32bit systems cannot use more than that. In fact, Windows XP can’t use more than 3GB of RAM. If you have a 64bit Windows Vista or Windows 7 system, your version of Windows can use as much RAM as you want to throw at it – however you’re still constrained by the limits of the motherboard in your computer. Generally speaking, most motherboards installed in 64bit Windows 7 computers (and most Vista 64bit computers) support at least 8GB of RAM. If you visit Crucial.com you’ll find out how much RAM your computer can handle.

So don’t settle for virtual kisses; don’t live in a virtual world. You can’t have too much love, too much money or too much RAM – figuratively speaking, of course.