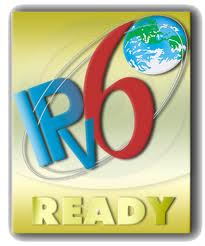 If you haven’t heard about IPv6, you will soon. On June 8, 2011, many web sites will test the new IPv6 protocol. On that day, Google, Facebook and many others will participate in this test. And of course, as with all things new, a lot of cable news folks who wouldn’t know a node from a byte, will be trying to scare up viewers by hyping sensationalistic news stories, designed to get you to watch by scaring you into believing that IPv6 is somehow going to prevent you from accessing the Internet.

We have news for you – without YOU there would be no Internet. So don’t let anyone scare you. While IPv6 might be a big deal for IT professionals running big banks of servers and for network administrators responsible for Web sites and their servers, it’s not that big of a deal to you.

A couple things first: If you’re using Windows XP-SP2 or newer versions of Windows, your version of Windows supports IPv6. All current version browsers (Chrome 11, IE9, and Firefox 4 – among others support IPv6). However some older wireless routers and broadband modems don’t support IPv6. But not to panic. The Internet is not going to change on June 8, 2011. It will be another year or so before the switchover takes place – or as the geeks say “IPv6 reaches critical mass”.

When IPv4 was devised, no one could have foreseen the exponential growth of the Internet. And no one ever dreamed that people would be connecting to the Internet using so many different devices. Now smartphones, pad computers, laptops, desktops, netbooks, PDAs, and other devices all connect to the Internet. And every one has its own unique IP address. Back in the days when IPv4 was new, the world had about 5.5 billion people and not many of them had internet access. There were no smartphones, netbooks, iPads, or laptops. So it’s not hard to see why everyone at that time thought that 4.3 billion available IP addresses would be enough. After all, there were almost enough IP addresses to give every man, woman and child on this planet one.

With the advent of smartphones, laptops and other portable devices, and being able to connect to the internet from almost anywhere, it became clear to the people who take care of things like IP addresses, that 4.3 billion addresses weren’t going to be enough.

The current plan is to implement IPv6 as soon as possible – while still giving everyone a chance to get ready. The biggest impact will be on those who run Web servers and large networks. To a lesser extent it will affect you. Don’t panic. There’s a good chance you’re all set and ready for the change. The IPv6 stack was added to Windows starting with Windows XP SP2 and is included with Windows Vista and Windows 7. Most major wireless router manufacturers started adding an IPv6 stack a couple of year ago.

There is some urgency to moving to IPv6 – we’re running out of IPv4 addresses fast. But despite the urgency of switching, many ISPs still aren’t compatible with IPv6. Smaller ISPs simply don’t have the money to upgrade their equipment and therefore aren’t IPv6 compatible. Most larger ISPs like RoadRunner, AT&T, and Comcast made the investment in IPv6-compatible equipment several years ago and they’re ready to go.

So you can see there are many facets to implementing IPv6 – it’s a complex and expensive changeover. And while most everyone agrees the switch needs to be made sooner rather than later – it may be more wishful thinking than fact. Are we going to run out of IPv4 addresses before IPv6 is fully implemented? There’s no way that would ever be allowed to happen.

So what does all this mean to you? Well, if you’re using Windows XP SP2 or newer, not much. Your operating system supports IPv6, and all popular browsers (latest versions) support it. If you’ve got a broadband connection, your modem probably supports it and if it does not your Internet provider will have to provide you with an IPv6 compatible modem and Internet connection. About the only thing you’d need to worry about is if you have a wireless network set up in your home. You’ll need to check your wireless router’s manufacturer’s web site to see whether or not your router supports IPv6. If it’s less than 3 years old, you’re probably in pretty good shape.

We wanted you to know that in the coming weeks you’re going to be hearing a lot about IPv6 and without a doubt the fear mongers will be out in full force. Who knows – someone may even be out selling unnecessary software to “ensure” you’re ready for IPv6. Don’t fall for these scare tactics. Now you don’t have to, because now you know the rest of the story.

If you’re geeky – you might want to see your current IPv6 IP address. If so then press the Windows Key plus the R key, type in CMD. At the cursor in the DOS window type: