We hope you enjoy these six illusions and that you have a great weekend! Would you be surprised to learn that the two people in the image above are actually the same size? Learn more about how this classic illusion works and how the effect has been used in special effects in movies.

When you look into the distance, objects appear closer together as they become farther away. For example, ta road or railroad tracks appear to converge in the distance. The Ponzo illusion involves placing two lines over an illustration of a railroad track. Which line is longer? The answer is hard to believe, but they are the same length. (From The WellMind)

“In the lilac chaser illusion, the viewer sees a series of lilac-colored blurry dots arranged in a circle around a focal point. As the viewer stares at the focal point, a few different things are observed. 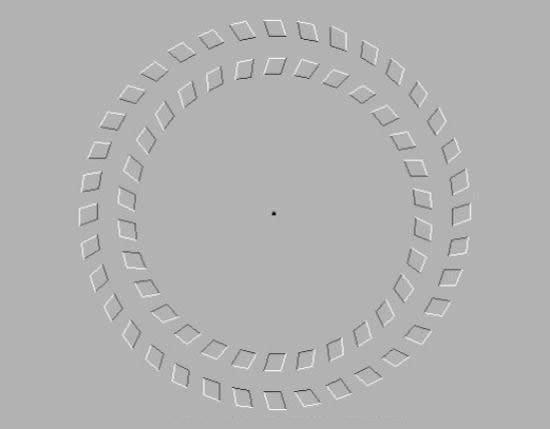 If you stare at the dot in the center of the image, you’ll see the “gears’ begin to move. They’re not moving, of course, it’s just your brain misinterpreting what it sees. 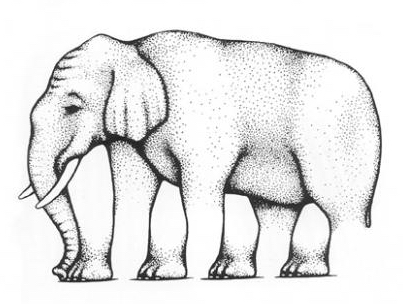 How many legs does the elephant have? Are you sure? 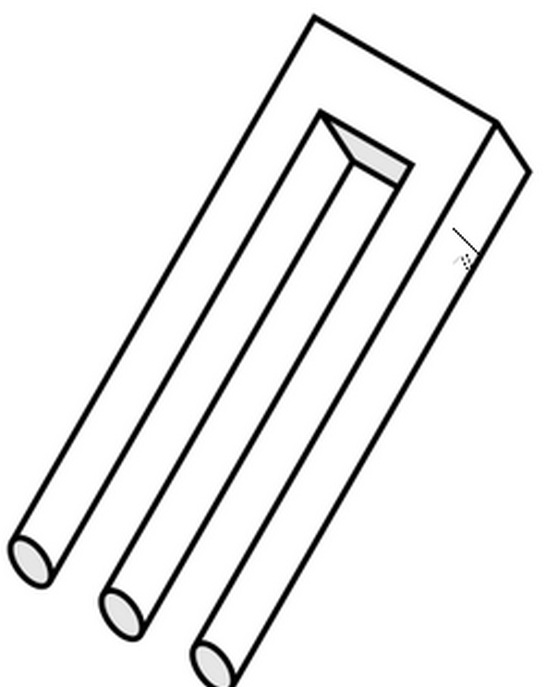 Look at the image above. How is it possible? It’s not. This object is called the impossible trident. It has three cylindrical prongs on one end but only two square prongs on the other. The illusion uses negative space to trick you into thinking that each side makes sense, but the entire object is impossible.