What the Heck Does Kernel Mean?

I asked EB what she thought a kernel was and she, being from the south, said she often gets kernels of corn stuck between her teeth. And I said, nicely, “NOOOO! Not that kind of kernel!” She said…”OH! Sorry. You mean like Kernel Sanders!” I said, “NOOO! That kind of colonel is spelled like colonial only different”  She got confused and went for the whip, now I’m just sitting here waiting for my flogging.

But seriously, in computer terms, what is a kernel? This is one of those kinds of things of which I have a basic understanding, but I could never attempt to try to explain it. So that’s where our Site Pick comes into play … another nice segue, too.

… To understand what a kernel is, you first need to know that today’s operating systems are built in “layers.” Each layer has different functions such as serial port access, disk access, memory management, and the user interface itself.The base layer, or the foundation of the operating system, is called the kernel. The kernel provides the most basic “low-level” services, such as the hardware-software interaction and memory management. The more efficient the kernel is, the more efficiently the operating system will run…

OK, next: What is CDMA? Don’t know? Well, I tells ya, without it the world would be very different. Because, thanks to Hedy Lamarr, the actress, we now have WiFi, Bluetooth, GPS, and CDMA technology. Let’s all thank Hedy and then I’ll get back to business.

If you’re like me, you’re always hearing new terms and wondering what they mean. And I know for sure, if I don’t stop right there and then and find out what it means, I will never find out what it means, and I will have to live with my ignorance for the rest of my born days. Indeed, I might even think about going to see Kernel Sanders and drowning my sorrows in a bucket of greasy chicken – with all the fixins. Heck, I might even wash it all down with a beer …or two.

Time to stop making fun and get down to business. Our Site Pick today is called TechTerms Far be it for me to speak for them, so I shall will let it, them, him, they, tell you more about TechTerms:

TechTerms is a free online dictionary of computer and Internet terms. The original TechTerms site launched in 2005 and it has been growing ever since. TechTerms definitions are available via the web as well as from mobile apps for iOS and Android.

The goal of TechTerms is simple — we want to make technical terms easy to understand. Instead of using high-level terminology, TechTerms definitions are written in simple everday language. We also believe that while definitions of computer terms are helpful, simple explanations of terms with examples are even better. Therefore, most definitions on TechTerms.com include real-life examples of how the term is used.

Some terms in the TechTerms Computer Dictionary are commonly used and require little technical knowledge to understand. Others are less common and may have definitions that contain more advanced terminology. For this reason, each definition includes a “Tech Factor” rating from 1 to 10. Terms with low tech factors are basic terms that are well known, while terms with high tech factors are more advanced and are not used as often. …

Oh no, EB is back and she’s as angry as a bull; just my luck, today I am wearing a red shirt. I have to hurry…

If you want to know what a tech term means, you can find it by visiting our site of the week: TechTerms. They have quizzes too – so test your knowledge while you’re there.

Oh, and if you’re wondering what Hedy Lamarr looked like (she doesn’t look like this anymore), here you go: 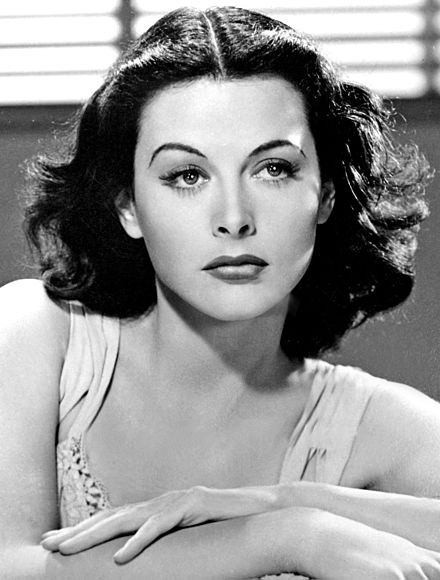 This is not EB …it’s Hedy Lamarr circa 1938. Thank her for your cell phone and other stuff.