“These fun facts about everything from the cosmos to the inner workings of your body will blow your mind.” 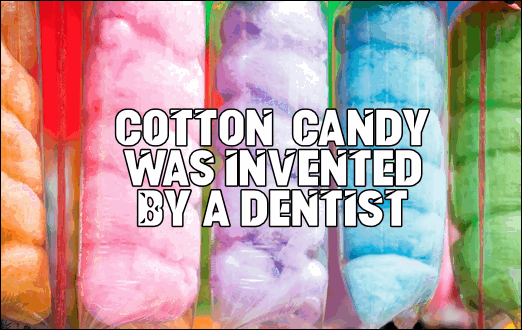 Well, it’s Saturday again, and time for some fun stuff. This week we’re going to share a few amazing facts with you – and tell you where you can find a whole lot more amazing facts… things you probably never knew, like these:

Why do we get goosebumps?
In this physiological reaction, small muscles attached to individual body hairs contract, which leads the hair to stand on end. We inherited this ability from our ancestors in part as a way for our (then) coat of body hair to capture air beneath it and in that way retain heat. But, as George A. Bubenik, a physiologist and professor of zoology at the University of Guelph in Ontario, Canada, explained to Scientific American, it also caused our ancestors to appear bigger than they were, helping to ward off predators…

The wood frog has a BIG bladder.
Talk about having to go! Wood frogs in Alaska have been known to hold their urine for up to eight months, sticking it out through the region’s long winters before relieving themselves once temperatures increase.

Your nostrils work one at a time.
When we breathe in and out of our nose during the day, one nostril does most of the work at a time, with the duties switching every several hours. This “nasal cycle” is dictated by the same autonomic nervous system that regulates heart rate, digestion, and other unconscious bodily functions…

Only two mammals like spicy food: humans and the tree shrew.
While humans have long had the rare distinction of being the only mammal that actually enjoys spicy food, that list has seen a new addition, as a study by Chinese researchers found that tree shrews have a mutation in their ion channel receptor, TRPV1, which makes it less sensitive to the “hot” chemical in chili peppers…

Cotton candy was invented by a dentist.
It is not known whether William Morrison had an ulterior motive for inventing the soft confection, but the dentist no doubt helped ensure others in his profession continued drawing in plenty of customers. In 1897, he partnered with candy-maker John C. Wharton to develop the cotton candy machine (which at the time was known as “Fairy Floss”), and it’s been bringing kids cavities ever since.

Okay, folks, that’s enough to get you started. If your interest isn’t piqued by now, I give up. I love sites with amazing, brain-rattling facts like these. You’ll find 175 amazing facts like the ones above when you visit Random Fun Facts at BestLife online.

Come on, you have time. Go be amazed!