A Guide to Buying a New Computer On a Budget 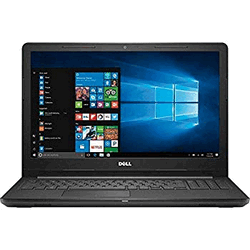 One of the most frequent questions we are asked is: “What should I look for in a new computer?” And we know all too well that if you don’t have a lot of money to spend, computer shopping can be a daunting task.

Buying a new computer can quickly turn into a money pit if you go to a computer store and run into a 20-something salesperson who is hyper-selling and bombarding you with technical terms you don’t understand (and he or she probably doesn’t either).

And now that Windows 7 is reaching its end-of-life (January 14, 2020), many of you using Windows 7 are debating on whether to try to upgrade the old Windows 7 PC to Windows 10 or just go out and buy a new Windows 10 computer.

We prepared this guide for those of you thinking about buying a new Windows 10 computer. Computer prices have never been lower than they are right now – so it’s a great time to buy.  But you have to know what you’re looking for – and what you really need.

This guide is for average computer users – those of you who use your computer mainly for browsing the Web, email, having fun with graphics using PaintShop Pro or similar, using Facebook and/or Skype, chatting, etc. If you’re into high-end gaming or high res 3D rendering or if you work with very large databases or CAD drawing, your needs will certainly be different.

1.) Consider a Laptop Instead of a Desktop or All-In-One Computer

At one time laptops were expensive and underpowered, but not anymore. Laptops have the same features and as much or more power as desktops and all-in-ones, with one big advantage: You’re not tethered to one spot in your home.  And right now laptops are relatively inexpensive. You can get a laptop for less money than an equivalent desktop or all-in-one.

Generally, the more memory your computer has, the faster it will run. OK, we’re generalizing. But generally speaking, the more RAM your computer has, the more you can do with your computer – and the more responsive your PC will be. You’ll see a lot of low-end computers with 2 GB of RAM, but unless you’re not planning on doing very little or no multitasking, you’re probably not going to be happy with 2GB of RAM. We suggest that you don’t buy a computer with less than 4 GB of RAM.  If you can afford a few dollars more, look for 6 GB or 8 GB of RAM.

Just a few years ago, this laptop would have been in the $600 price range. If you have to cut corners to meet your budget, cut corners on hard drive size or processor type, not RAM. The amount of RAM your new computer has is your most important consideration.

It would be hard to find a laptop or desktop with less than a 500 GB hard drive these days. 500 GB or 1 TB hard drives are standard these days. If the price is a consideration, computers with 500 GB hard drives are going to be cheaper than those with 1 TB hard drives, and 500 GB is still a substantial amount of storage. So grab a PC with a 1 TB hard drive, unless it strains your budget. Most of you will find a 500 GB HDD is adequate. A word about SSDs (Solid State Hard Drives): They’re nice. They’re super fast. But they cost more than a standard HDD (regular hard drive). To get the same space on an SSD as an HDD you’re going to have to part with more money. If you’re on a budget, you’re probably going to be looking at PCs with standard hard drives (HDD). And that’s OK. Most people will be happy with HDDs –  that’s what most of us are using right now.

Your processor is the brain and heart of your PC. But if you’re an average computer user, and just using your computer to do the things we mentioned at the beginning of this article, then the kind of processor or the speed of your processor, will not be a major consideration for you. Most lower-priced computers are going to have AMD processors and there’s nothing wrong with that. If that new computer you’re looking at doesn’t say “Intel inside”, don’t worry about it. Most of us would never know the difference between an AMD and an Intel processor unless we’re benchmarking freaks- but you’re not, are you? Intel or AMD? If you’re the typical PC user, it won’t matter to you. Any computer you buy running Windows 10 will have a processor that is adequate to run Windows 10. Generally, you’re going to want at least a dual-core processor that runs at 1.6 GHz or faster. But when it comes down to buying a PC by brand or type of processor or the amount of RAM it has – choose the one with the most RAM.

Size matters? Yes, it does – kind of. We have laptops with 17″ screens; we have laptops with 15.6″ screens. Both are great for all the things we do. The laptops with smaller screens are easier to tote around, they’re smaller and lighter. So, if you’re going to be traveling or moving around with your laptop, you might want to opt for the smaller screen. Screen size, though, is a personal choice. Choose the screen size that you like best and that suits the way you use your computer.

The brand name of the computer you buy is not one of the most important considerations. Most brands you recognize should be fine. Some people hate certain brands because they have had trouble with that particular brand in the past. However, all brands have good and bad reviews.  HP, Dell, Acer, ASUS, Toshiba, Sony and Lenovo all have their fans and detractors. We’re not going to recommend one brand over another. All brands can are good and all brands are bad. It depends on who you ask. If you have used a brand in the past that you’ve been happy with, then buy that brand again – but only if the price fits your budget. Try to be “brand-blind”.  Don’t be afraid to try any of the other major brands.

Very few home users are going to need the additional features of Windows 10 Professional. Besides the fact that computers that come with Windows 10 Professional cost about $100 more. Do you want a computer that runs fast or do you want a computer that has BitLocker and GPE (Group Policy Editor) and other features you’ve probably never used and never needed – unless, of course, you’re a computer geek.

9.) You Have Many Choices

Get a computer with as much RAM as you can afford.  Get a 64-bit computer (Windows 10 64-bit) so you can take advantage of more than 4GB of RAM.

Most of us who have been using Windows for years remember the days of 540 MB (MB not GB!) hard drives and RAM that was measured in MB, not GB. A typical PC in the year that the much exalted Windows XP was released had 2 GB hard drives and 1 GB or less of RAM. Cheap, low-end PCs in those days cost $700  or more. And laptops cost over a $1000.

We’ve come a long way since then. Shop around. You’ll find great deals if you spend some time and look around. We found that aforementioned Dell computer for $353. It comes with Windows 10 Home 64-bit and has a decent Intel processor, a 1 TB hard drive, 15.6″ display and 8 GB of RAM. Most of you would find it to be quite adequate for your needs. If you take your time and shop carefully,  you will find a PC that does everything you need it to do at a price that fits your budget.

Thinking of upgrading your current Windows 7 Computer? We can help!