A Quick Way to Find Your Windows Version

While this tip works on any version of Windows, it’s particularly important for those of you using Windows 10. Microsoft is no longer going to releasing new “named or numbered” versions of Windows like they have in the past – i.e. Windows 98, Windows ME, Windows XP, Windows 7, Windows 8, Windows 8.1, etc. Now with Windows 10,  Microsoft is issuing major updates, which in the past would have been new released named/numbered versions of Windows or at least service packs.

Here’s a quick way to find out:

Right-click on the Windows 10 start button can click RUN

Type WinVer in the runbox and press Enter.

You can also do this: Press the Windows Key, tap R and type WinVer in the runbox and press Enter.

And you’ll see a dialog showing the version of Windows 10 currently using. 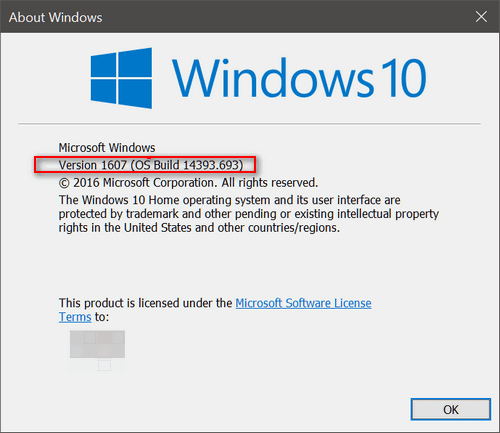 If you want to find out a lot more information including Windows version, 32-bit or 64-bit, processor type, and more do this:

Type MSINFO32   in the run box and press Enter: 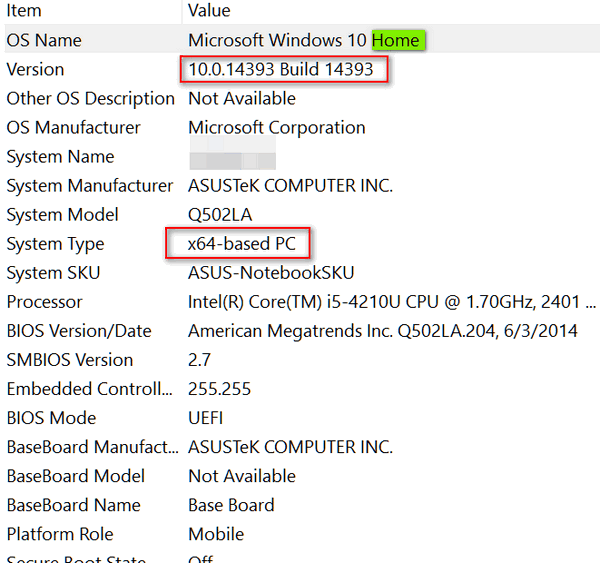 6 thoughts on “A Quick Way to Find Your Windows Version”