Be Careful What You Search For 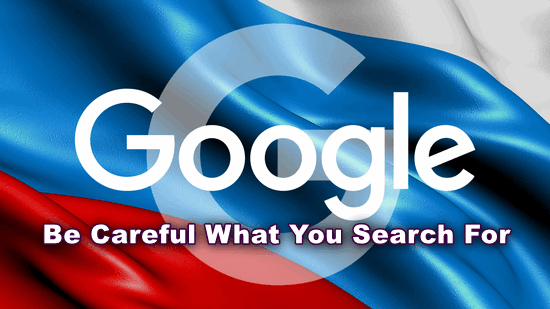 There are few things that reveal as much about a person as their search history. Until recently, police needed a search warrant on a known suspect to obtain that sensitive information.

But it seems our right to privacy is eroding faster than even the most jaded of us could have ever imagined.

A recently unsealed court document shows that investigators can request search history in reverse order by asking Google to disclose everyone who searched for certain keywords rather than obtain a search warrant for information on a particular suspect. The scope of these actions is far-reaching as authorities can demand data on a large group of users rather than a specific request on a single suspect.

For example, if you search for information on how a particular poison works, or how radicals get information on making bombs, etc., you would be 100% innocent but still find yourself being interviewed by authorities.

The following is from an article posted on Deadline.com

CNET is reporting that search engine giant Google has provided police information on users based on keyword searches.

Unsealed court documents disclosed the Google actions. The CNET report, published on Saturday, claims law officers requested the company to disclose the IP addresses of everyone who had looked up words relevant to their investigations.

The request for the IP addresses falls in a grey area of the law. Police usually would have to narrow their focus to an individual before serving a warrant for information on searches. But keyword warrants are outside the scope of current law language.

The troubling practice came to light when police in Florida investigated an incident where a woman who had accused singer R. Kelly of sexual assault had her car vandalized outside her home.

CNET reported that police ‘sent a search warrant to Google that requested information on users who had searched the address of the residence close in time to the arson.’

In the Florida case, that led to the arrest of Michael Williams, a relative of one of R. Kelly’s former publicists.

‘Think of the ramifications in the future if everyone who searched something in the privacy of their own home was subject to interviews by federal agents,’ he said to CNET. ‘Someone could be interested in how people die a certain way or how drug deals are done, and it could be misconstrued or used improperly.’

Google has not yet commented on the report.

3 thoughts on “Be Careful What You Search For”