Why? First, Emsisoft is one of the few antivirus programs to score 100% on AV Comparatives last test (March 2013). If you look at the chart at the bottom of this article you’ll see it ranks above some very known programs. Secondly, Emsisoft is a powerful anti-malware program which helps you recognize and avoid the most ubiquitous software wrappers, bundlers, hijackers, rogues, scareware, rootkits, Trojans, and other nefarious software that is becoming a daily threat to almost everyone who surfs the Web.

To learn more about Emsisoft Anti-Malware please visit this page.

This chart comes from AV Comparatives Independent March 2013 Antivirus Testing.  You can download the full article in PDF format here. 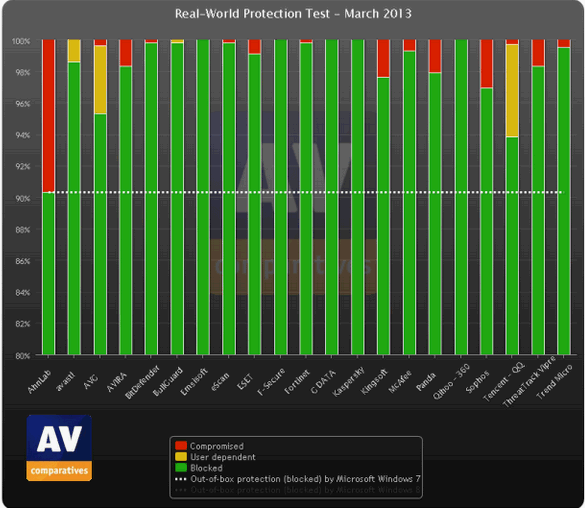 How does your current antivirus compare to Emsisoft Anti-Malware?

22 thoughts on “Emsisoft Anti-Malware is also one of the most effective antivirus programs too.”