Voice recognition has come a long way. While it’s still not 100% accurate, it’s accurate enough and reliable enough you can use it to dictate recipes, emails, reminders, notes, essays, short stories, journals, even angry letters to the editor!

To use the new and improved dictation feature in Windows 10 and Windows 11, press and hold down the Windows Key and tap the H key. Place your cursor in (almost) any text field and start talking. It works with almost any app including MS Word, Notepad, WordPad, Gmail, Outlook, Outlook.com, etc.

Use the Windows key shortcut Windows key + H to begin.  Click the “microphone” icon in the dictation bar.

When it’s done initializing, you’ll see “Listening” and then you can start talking. Here’s an example of Windows 10 Dictation being used with Notepad. 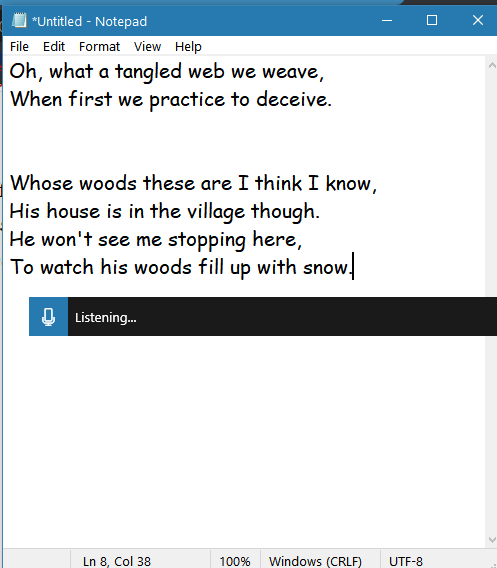 As you can see above Windows 10 Dictation is “Listening…” and you can see what I’ve dictated so far.  You can add punctuation by saying comma, period, semi-colon, exclamation point, etc.  And if you want a new line, say, “new line”. If you want a new paragraph, say “new paragraph”. You get the idea. The more you use Windows Dictation, the better it gets at understanding your voice. 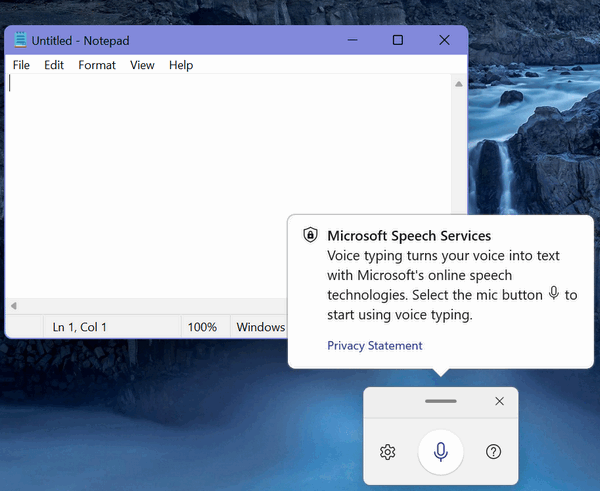 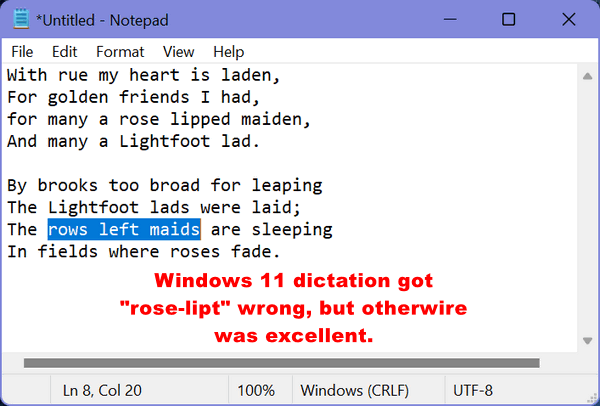 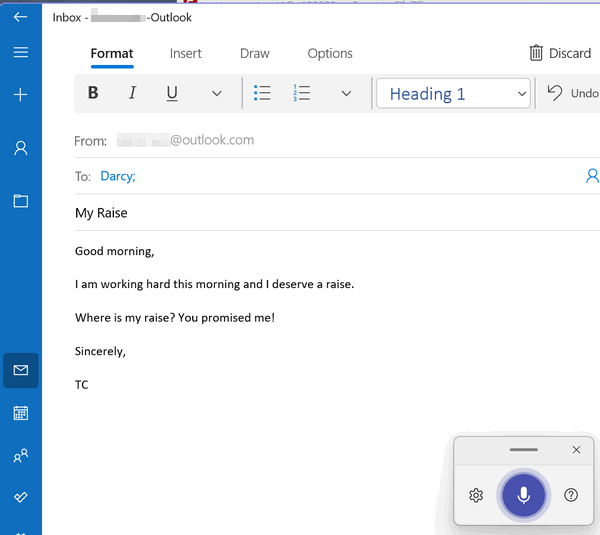 Unfortunately (and predictably) Darcy ignored my email, and I didn’t get my raise. But I can’t blame that on poor dictation by Microsoft Speech Services! 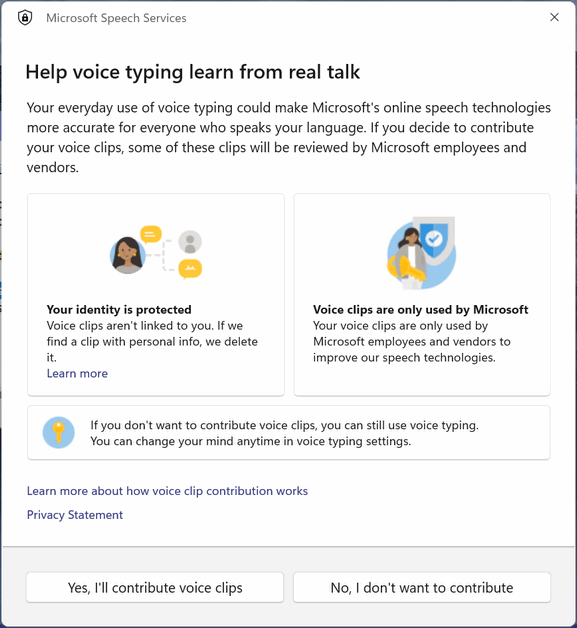 Now you know how to save yourself a lot of typing whether you’re using Windows 10 or Windows 11.