A long, long time ago, in a kingdom by the sea, there lived a young man who played Trivial Pursuit with anyone who would play it with him. It didn’t take long before everyone who played against him found his Achilles’ heel — the category was “Entertainment”.

Yep, that young man was me and I was a terror at Trivial Pursuit in every category except Entertainment. Like I know who Tom Hanks and Gene Wilder and Lauren Bacall and Humphrey Bogart are. But I have no idea who most actors and actresses are.

For example, I thought Reese Witherspoon was a basketball player — and that’s the truth. I thought Kanye West was a girl. Stuff like that. I didn’t know entertainment when I was young, and I know even less about it now. Unlike EB I don’t have my head buried in “People” magazine.

The point is, and yes, I do have one, almost everyone loves a good trivia quiz. I guess because if you flunk a trivia quiz you can still think you’re smart, whereas if you took a real test and flunked you might have self-image issues.

I spent so much time messing around with this site pick, that I neglected my work, and now EB is hunting me down and if she catches me, I will be on the road to perdition. And yes, everything I tell you about EB is 100% true! I know you think it’s all fiction.

I’ll tell you a secret about EB – she has a sign at the end of her driveway that says: “Stay out or be shot”. And if you’re tempted just look up at her front porch and you’ll see EB sitting there in camos cradling a shotgun.

Getting back to the subject at hand: A lot of you think I’m full of hot air and an incessant purveyor of bad grammar. You think I don’t know much.

I’m about to prove you wrong, if not about my grammar, about my not knowing much. Just hang on and I’ll show you! 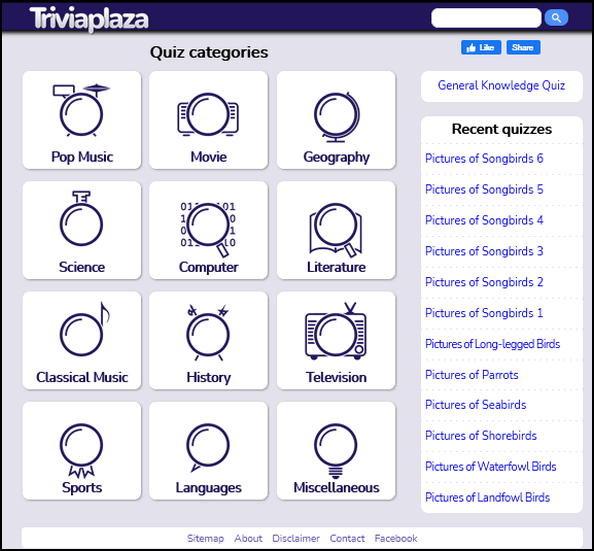 You can clearly see from the image above; I really did visit this Cloudeight site pick. You can also see some of the categories of trivia offered. Look up! See?

Not only did I visit Triviaplaza, but I also wasted over 3 hours there while I should have been writing this. It’s a wonder I get anything done.

I took a Web Interface Icons test and I aced it, see? 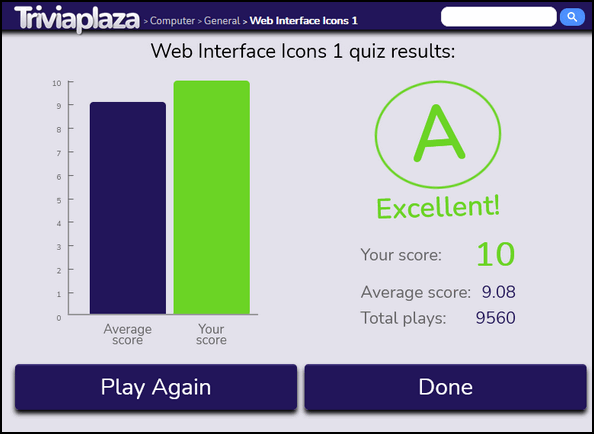 And I took a quiz on File Extensions too…and aced it! 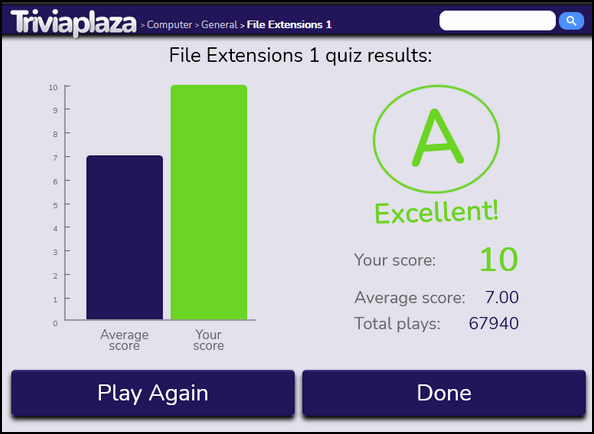 So now you’re thinking, what a ruse, TC only takes tests in things he knows well like computers.

Doubt me, will you? You can see I almost aced a general knowledge quiz. See EB? I’m no dummy! 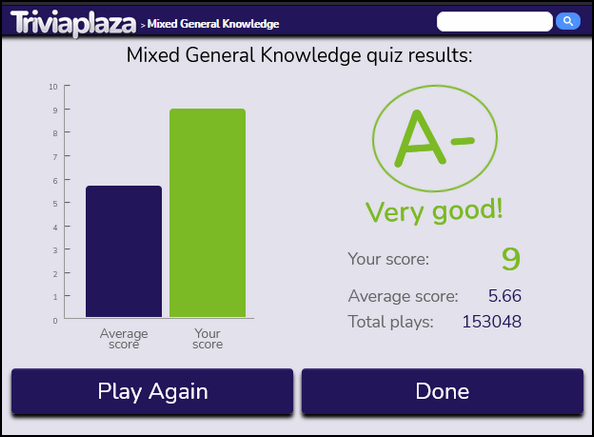 Regardless of your interests, you’ll find a trivia category on this site to challenge you. So, if you think you’re the king or queen of trivia, or just want to spend some time having fun on the web, you’ll want to plan on visiting Triviaplaza. 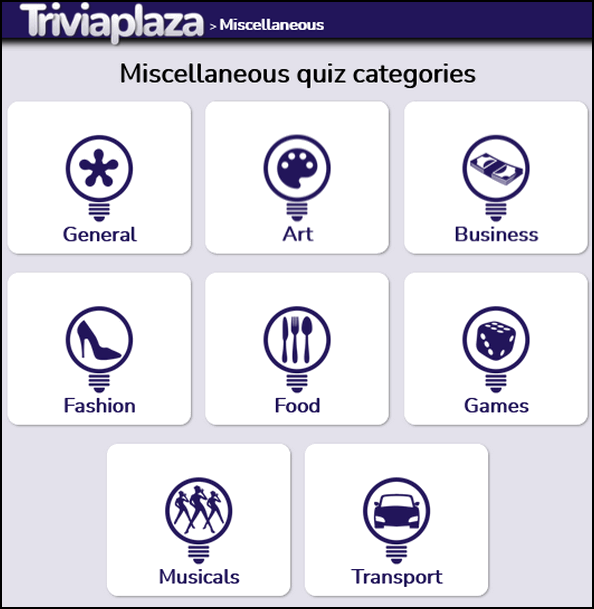 And if the main categories above didn’t entice you, look at the wide selection of miscellaneous categories. There’s got to be something here that interests you, right?

You really can spend hours here! 6 thoughts on “If You Like Trivia, You’ll Love Triviaplaza”