Knowledge Stew: Learn Amazing Things About the World Around You

The other day I was wondering about something – and now I cannot remember what – but it led me to find a site that I found fascinating — so fascinating I decided to make it a Cloudeight Site Pick.

Rather than rambling on about this site pick, I’ve decided to, for the most part, provide you with teasers, and pique your curiosity with a couple of short samples from this site pick.

On our site pick each of these “headlines” is clickable, here they’re not – you’ll have to visit our site pick if your interest is piqued 🙂

The Secret Chamber Behind Mount Rushmore

How Much Salt is in the Ocean?

Pepsi Once Made a Deal for Warships With the Soviet Union

Why is Scotland’s National Animal the Unicorn?

The Word “Butt” is Actually a Unit of Measurement

The Origin Behind “Pomp and Circumstance,” and Why It’s Used at Graduations

How Did Plastic Pink Flamingos Once End Up in Front Yards?

5 Insults That Didn’t Start Out That Way

The World’s First Air Conditioning, and How People Stayed Cool Throughout History

Why You’re Taller in the Morning and Shorter At Night

Why Two Islands Only 2.4 Miles Apart Have a 21 Hour Time Difference

The World’s Most Dangerous Golf Course

Why McDonald’s Got Rid of Its Coffee Spoons

What is the Tiny Hole in an Elevator Door Used For?

The Strange Problem with Chopsticks

How Did the Jeep Get Its Name?

How You Can Purchase Uncut Sheets of U.S. Currency

The Cases of Fish Hitting Airplanes

Why is it Called Canadian Bacon?

And there are a lot more just like those on the site. But first, I’ll give you a couple of tidbits so you’ll know the kinds of things you’ll learn when you visit this Cloudeight site pick.

“Just before midnight on March 29, 1848, the mighty Niagara Falls did something it had never done in recorded history — it stopped flowing. The massive amount of water, around 212,000 cubic feet per second, had been reduced to near nothing.

“A local American farmer first noticed the change in the falls while taking a midnight stroll along the river near American Falls, one of three waterfalls that make up Niagara Falls. The news spread to the local townspeople, but the information was slow to get to others because the telegraph had only just been invented.

“Eventually, word spread like wildfire that the falls had just mysteriously stopped. News finally arrived from Buffalo to explain the phenomenon and solve the mystery. Large chunks of ice had been blown by strong southwest winds on Lake Erie toward the head of the Niagara River, effectively blocking the flow of water. So much ice had moved into the mouth of the river that it created a temporary ice dam.

“The first person to go over the falls was a 63-year-old teacher named Annie Edson Taylor in 1901. She did it in a wooden barrel along with her cat… 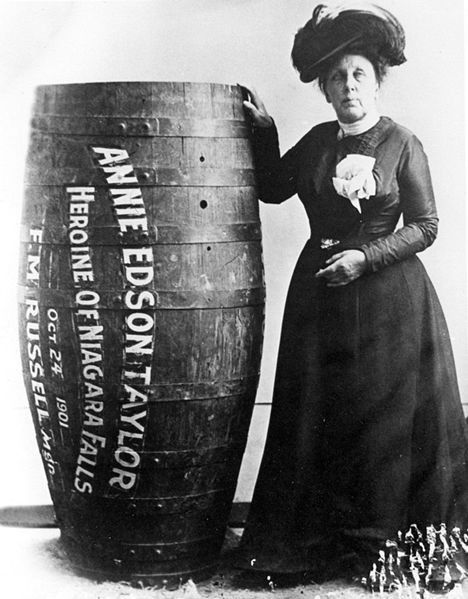 “The Niagara River’s name originated from an early native Indian tribe called ‘Onguiaahra.’ French explorers gave this tribe the name “Neutrals” since they were peacekeepers between the warring Huron and Iroquois Indian nations. It may have been for a more obvious reason since ‘Onguiaahra’is quite a mouthful, but this is only an unsubstantiated theory. Either way, Niagara originated from the name ‘Onguiaahra,’ as it means ‘Thunder of Waters.’…

“Approximately 90% of the fish survive going over the falls…

The Shortest Presidency in History

“On February 19, 1913, Pedro Lascuráin became the President of Mexico. But his new presidency was short-lived — very short-lived. He was in office for only 45 minutes, and his presidency has been the shortest in history…

Our site pick is called Knowlege Stew and the developers have only this to say:

“Interesting facts and fascinating stories about your world and the amazing things in it.”

OK, now if you’re not curious, I don’t know what to tell you. But if you are,
visit our site of the week, Medium’s Knowledge Stew to learn more about the world around you.

2 thoughts on “Knowledge Stew: Learn Amazing Things About the World Around You”