So your eyeballs are focused on the duck below. What duck? Get a bigger monitor! Get those eyeballs back up here. I have a story to tell you. Don’t worry, it’s short. I promise!

Once upon a time there was a little girl named EB. She looked an awfully lot like ET. When I first saw her in the spaceship I ran away screaming. But she was a good little girl and harmless too. I told EB, “You know what a good search engine is?” And she said, “Yahoo!”. I grimaced and tried to steer her to greener pastures. But I looked at those big weepy eyes and couldn’t help but feel sorry for her. I was gentle as I nudged her to Momma and Dogpile and AltaVista. All she kept saying was “EB phone home”. There was no getting through to her, she wanted to go home and search without finding on Yahoo. Yahoo had always been the search engine of choice on Wakawakawaka – EB’s home planet. I did my best, but she was too far gone. Sometimes finding is not so pleasing a thing as searching, I guess – especially on Wakawakawaka where one is arrested and imprisoned for finding things with search engines, and rewarded for searching without finding anything useful. This is why Yahoo is the number one search engine on EB’s home planet.

“EB, you’re not on Wakawakawaka anymore, and it’s doubtful you’ll ever get back there again. Make peace with Earth — where finding is legal and searching for things you’ll never find is considered moronic, although many people make a darn good stab at it.

Well the years passed and a new search engine – a little, unknown search engine called Google – appeared. Instead of 50,000 pictures, bleating ads, bouncing puppets, and all manner of hip things like Yahoo and MSN had on their search home page, Google had nothing but Google and a search form. Lo! and Behold! You typed in “banana” in Google you came up with bananas – all kinds of bananas – even plantains. EB was aging rapidly – Earth’s atmosphere was corrosive to her green, lizard-like skin, so I knew I had to help her and fast! Searching without finding may have been fun for her, but it was time she grew up and found what she was looking for. I strode up to her, loaded up Yahoo, typed in banana, and got Hollywood starlets 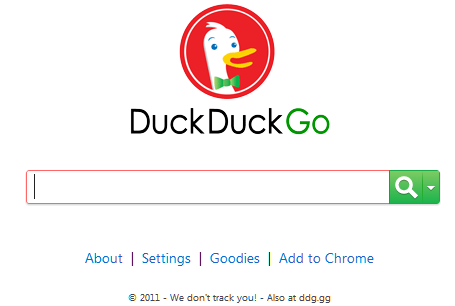 hanging on the arms of svelte actors, balloon shops with gazelles leaping about, farm fertilizer stores, cattle prods, and scantily-clad young ladies dancing on a blocks of ice shaped like frogs – but not a single banana – not even on page 163 of the Yahoo search results.

Then I loaded Google and typed in banana and got 50,000,000 results – all of which had something to do with bananas. EB was beginning to be very happy – right here on Earth. She bought a banana plantation in Lower Slobovia – paid for it with PayPal and yearned to sleep on banana leaves in the dense jungles of Lower Slobovia on then banks of the swollen Barkoroch river.

As fate would have it, I got stuck with EB and we ended up starting Cloudeight – sans banana plantation. And the rest as they say is hysterical.

After using Google almost exclusively for years, I may have found something as good or better. I know, it’s hard to believe I’m not talking about Bing, but I really don’t like Bing – unless it’s a cherry. I guess I see it as another Microsoft copycat job – and like all their copycat jobs, it just doesn’t quite cut it. And I know where Bing is going – soon Microsoft will be advertising Internet Explorer 9 and Windows 8 and MS Office 2014, and Windows Phone and all the other stuff they’re having a lot of trouble selling – plastered all over the front page of Bing.

Now along comes a duck. Quack! Quack! Not Donald. But DuckDuckGo. You may find you like it because it may find what you’re searching for just as well as the big G. Someday we may be ducking instead of googling. But I’m ducking that prediction. Why not give DuckDuckGo a shot at your salient searches – or even your non-salient ones too. Type in banana and you won’t see a single Hollywood starlet or girls dancing on ice-frogs. Honest. Oh, and when your go duck hunting, be sure to click on “Goodies”, you’ll find it fascinating. One more thing: DuckDuckGo doesn’t track you at all, so you can search for that new husband or wife you’ve been looking for – and do it in guaranteed privacy. I’m so astute.

I think EB still available too.  I’ll have to duck that one for sure.

2 thoughts on “Maybe Google should Duck?”