Find Out if Your PC Can Run Windows 11 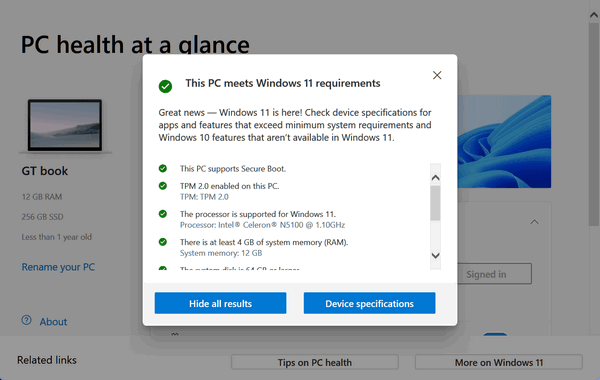 When Microsoft released the original “PC Health Check” back in June, it seemed unfinished and unpolished. The purpose of the app was to tell people whether or not their computers could run Windows 11. And if not, why not.

But many times, it didn’t work or when it did, it didn’t give users enough detail about why their computers couldn’t run Windows 10. In other cases, the results were vague. Microsoft quickly pulled the PC Health Check app from its servers. 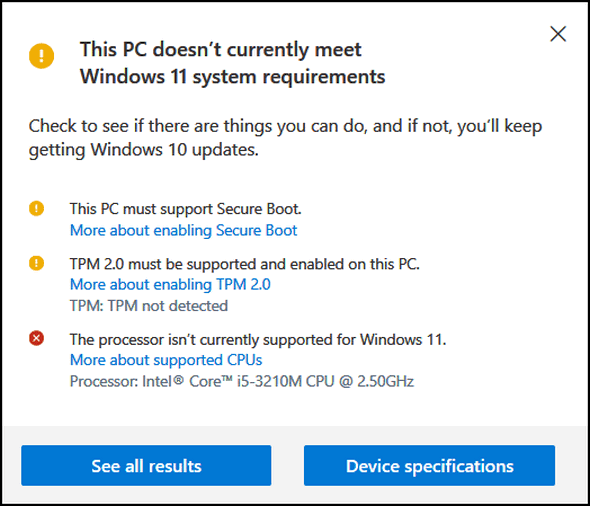 My poor nine-year-old Rocky 10 computer cannot run Windows 11. So, Windows 10 it is. 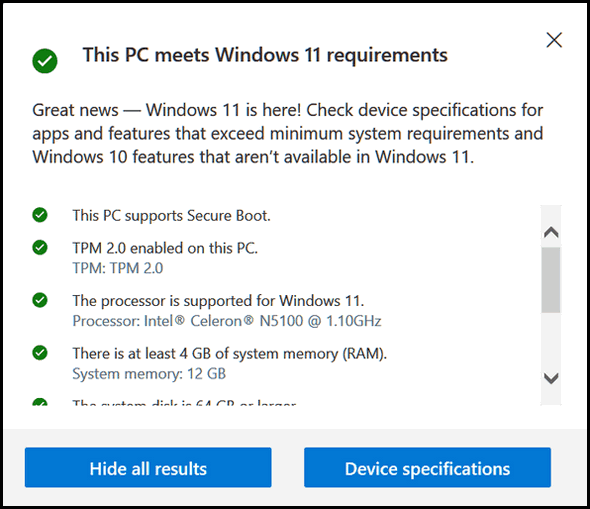 Now, with less than two weeks left until the official launch of Windows 11 on October 5, 2021, and after weeks of testing by Windows Insiders, Microsoft has released an updated version of the PC Health Check app.

If you’re still wondering whether or not your PC can run Windows 11 – or if you’re simply curious, you can download the free, updated version of the PC Health Check app here.