The Brushing Scam: Beware of Deliveries You Didn’t Order 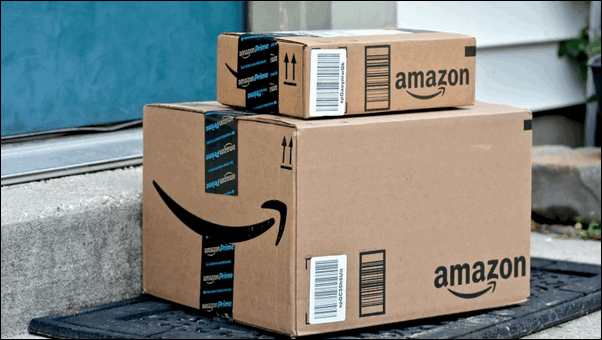 On the surface, it may seem harmless, but it really bad news for you.

1. It means your personal information has been compromised. A scammer has your name, shipping address, and maybe even your phone number. This can happen if you’ve dealt with some of the less reputable 3rd-party sellers on Amazon –  a group of sellers that continues to grow.

2. Even worse, what if the package you didn’t order and shows up on your doorstop contains illegal drugs, weapons, or worse? You, not the seller, could be arrested and charged with a crime.

3. There may be a hidden financial cost. Someone has to pay for the merchandise and shipping costs. In the worst-case scenario, someone has your Amazon account information and used it to pay for something you didn’t order. And in any case, ‘brushing’ can result in higher prices for you and other Amazon customers.

It all started last October when a Massachusetts couple received a package from Amazon they didn’t order. According to CBS news…

‘I went out and picked up the package and Mike’s name was on it. I opened it up and I said, ‘What did you buy this stuff for?’ And he said, ‘I didn’t buy that!” Kelly told CBS News correspondent Jericka Duncan.

They say ‘that’ was a phone charging hand warmer, and a humidifier, a flashlight, a Bluetooth speaker, a computer vacuum cleaner, and some LED lights joined soon after.

‘Who did you think sent the box?’ Duncan asked.

‘We did not know. I called Amazon, and what I wanted to do was I wanted to send it back. They said to me what’s the order number? I said I don’t have an order number ’cause I didn’t order the thing,’ Michael said.

The merchandise comes without any return addresses.

The scam is known as ‘brushing.’ An online seller – usually overseas – purchases their own products through fake buyer accounts they’ve created. The products are shipped to a real address. Then, the seller writes a positive review of their items from the fake buyer account.

‘The positive reviews are like gold,’ retail security expert Brian Kilcourse said. ‘People are always looking for a new hole in the structure at Amazon to be able to put more fake positive reviews.’

In a statement to CBS News, Amazon said they investigate every report of customers receiving unsolicited packages and will ban all vendors and reviewers who abuse the reviews system.

‘Explain why it’s so concerning to get random packages to your home,’ Duncan said to the Gallivans.

‘It indicates that information that’s very close to us, about us is out there circulating around the world,’ Michael responded.

The Gallivans suspect it was the purchase of a guitar accessory from China that began the overflow of unsolicited items. They’re now hopeful that after telling their story, the packages will stop coming. As for the merchandise, they plan on giving away as much as they can… [CBS News]

And now brushing is happening more and more often

The reason why the brushing scam is becoming so popular is that in many cases, the seller can pose as a verified purchaser and write an exceptionally glowing review of his or her own product -thus promoting more sales while gaming Amazon’s review system and pushing their products up higher in the Amazon search results. This results in inferior products garnering rave reviews and gaining a higher listing in the search results.

You can use FakeSpot to help you spot fake reviews, but keep in mind FakeSpot is not 100% accurate -not even close. So you should research the products you plan to purchase and of course, use your good old common sense.

One thought on “The Brushing Scam: Beware of Deliveries You Didn’t Order”