The End of the Road for Internet Explorer 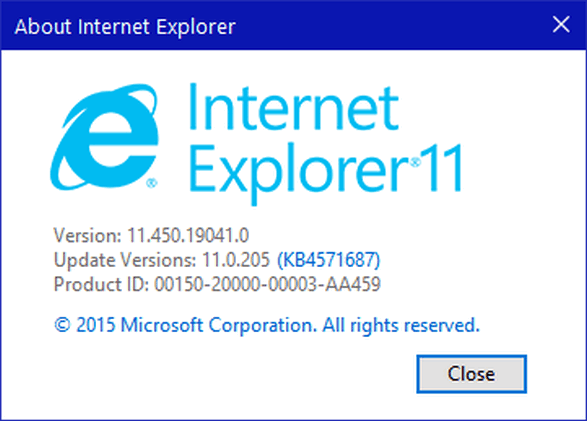 At that time, I really hated Internet Explorer and disliked it until 2002 when Microsoft introduced Internet Explorer 6. IE 6 was a vast improvement over previous versions of IE. And it wasn’t long after the release of IE 6, Netscape Navigator faded into the sunset.

After IE 6 was released, I became a big IE fan – as were many others. At its 2002 peak, Internet Explorer (IE 6) commanded 95% of the browser market. Today’s most dominant browser, Google Chrome, has a 69% market share- not even close to IE’s dominance nearly two decades ago.

Oh, how the mighty have fallen. Netscape Navigator through various incarnations ended up being Mozilla Firefox — although it is not a direct descendant it does have familial ties. And now Internet Explorer has only a 5% of the browser market even though it’s still installed on every Windows 10 computer.

Microsoft does try hard to hide Internet Explorer 11 on Windows 10. IE is now buried in the Windows Accessories menu. But if you look, it’s still there and you can open and use IE although we don’t recommend it.

Here’s part of the Microsoft Blog post announcing the end of support for Internet Explorer.

Over the last year, you may have noticed our movement away from Internet Explorer (“IE”) support, such as an announcement of the end of IE support by Microsoft 365 online services.

Today, we are at the next stage of that journey: we are announcing that the future of Internet Explorer on Windows 10 is in Microsoft Edge. Not only is Microsoft Edge a faster, more secure and more modern browsing experience than Internet Explorer, but it is also able to address a key concern: compatibility for older, legacy websites and applications.