The Truth About Windows Defender

Microsoft Windows Defender continues its attempts to gain a foothold in the world of PC security, but in our world it’s going to have a really hard time doing that. Let’s just say … “Fool me once, shame on me; fool me twice, shame on you.” Actually, this would be the third time if we actually allowed ourselves to believe Microsoft’s claims for Windows Defender.

We are going to explain why we would never trust our PC’s to Windows Defender, despite Microsoft’s insistence that it is now committed to providing superior virus, malware and ransomware protection to Windows users.

Let’s start at the beginning. 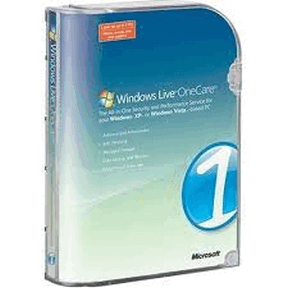 It all started back in the late 1990’s when Microsoft introduce OneCare (later called Windows Live OneCare) – with the same fanfare and promises with which it now touts Windows Defender.

How many of you even remember OneCare? I don’t see many hands! No wonder.  It was never rated in the top 25 of any antivirus independent lab testing results. Microsoft eventually allowed it to fade away, walking away from paid users (yes at one time Microsoft actually charged users for “OneCare” and leaving some users unprotected. Of course, this made many Windows users angry.

Having failed in the “security for sale” marketplace, Microsoft reworked OneCare and brought it back as Microsoft Security Essentials. 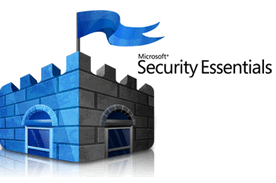 With much hoopla and flourish, Microsoft introduced Microsoft Security Essentials on June 23, 2009. And for the next two years, to its credit, MSE was one of the top-rated free security software products around. and we recommended it. MSE consistently ranked in the top 10 antivirus products  in tests conducted by the leading independent testing labs.

MSE’s ratings declined slightly over time, but one day we noticed it had dropped out of the top 10. And it wasn’t very long after that, that it dropped out of the top 25. And, the last straw:  We saw, up close and personal,  PCs protected by MSE were often loaded with hijackers and all manner of malware. Of course, we stopped recommending it and went on a search for a replacement.  We recommended few of the free antivirus programs that were out at the time – and watched them as the continually declined. Things finally reached a point where none of the free security solutions provide adequate protection from viruses, Trojans, worms, PUPs, malware, browser & search engine hijackers… in fact some of the free solutions began acting more and more like PUPs and malware than security solutions.

It was at this point that we decided to go on a hunt to find the best antivirus & antimalware security solution for ourselves and our readers – free or not. We spent weeks testing all kinds of security/anti-virus software and and in the end, we found Emsisoft met every single one of our criteria. Great protection from viruses, Trojans, malware, PUPs, hijackers, and more – plus a great support team that actually cares about its users and its customers. Before we started working with Emsisoft we tested their support team when they didn’t know who we were. Their support team is great and the company behind Emsisoft is world-class.  After weeks of testing Emsisoft and its support team,  we began recommending Emsisoft. And to this day it remains the only security software we recommend and trust.  We believe in Emsisoft and we use it ourselves on all our computers.

Microsoft’s MSE was really a good product when Microsoft introduced it and during the time when it seemed it was fully committed to it. But just a few years after its release, MSE failed to provide users with even the most basic protection. It dropped out of the top 10 and then out of the top 25, eventually ended up on most of the independent testing labs’ “not recommend” lists.

Just about the time it seemed that Microsoft had abandoned MSE, Windows 8 was introduced with a new Microsoft security program, a linear descendant of MSE dubbed “Windows Defender” 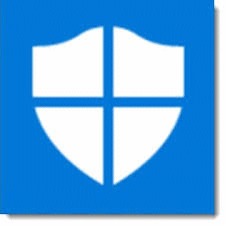 Sorry Microsoft. After we trusted you with OneCare (Microsoft Live OneCare) and then trusted you again when you released Microsoft Security Essentials, you’ll have to forgive us if we’re skeptical about Microsoft claims that Windows Defenders is a world-class security solution. How long will their commitment to Defender last? Apparently, not very long:

Despite Microsoft’s claims, Windows Defender remains far from adequate. In a recent AV-Test analysis of 18 security Windows 10 security products , Windows Defender was ranked dead last due to its poor performance and sub-standard protection.

Fool me once shame on you!

Oh and one more thing…

This is test result we just received from October 2013 done by the respected independent anti-virus testing laboratory AV Lab:

9 thoughts on “The Truth About Windows Defender”