What Version of Windows 10 Do You Have?

We’ve received quite a few emails recently where people are reporting that their Windows version says it’s up to date but it’s not. And Darcy has had the same thing happen to her.

The problem that many people are reporting – and Darcy has experienced — is this:

Our advice? Right now, is an excellent time for you to check your Windows version. Type WINVER in taskbar search and press Enter when you see the winver run command appear in the search results. A window will open showing your Windows version and build number.

If you see Windows 10 Version 1909, you need to update soon. And since you may not be able to update using Settings > Update & Security > Windows Update, you can update by going to this page. 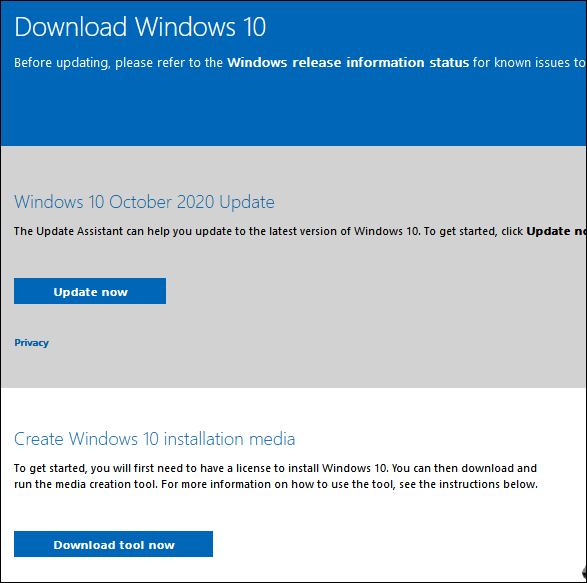 On that page, you can click “Update now” or “Download tool now” to update your computer to the current version of Windows 10. Both the Windows update assistant (Update now) and the tool can upgrade your PC to the latest version. If you download the tool, you’ll also have the option to create a Windows 10 installation USB or DVD.

If you need help with the tool, it’s available from the same page.

4 thoughts on “What Version of Windows 10 Do You Have?”