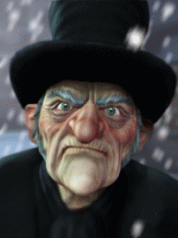 Who’s Worse: The Malware Miscreants or the Companies Who Make False Promises?

It’s a shame that we all have to be so careful when we download or even just browse the Web these days. The more mature the Internet gets the more sophisticated the tricks become.

And it’s bad enough when criminals and miscreants posing as Web developers bundle up their otherwise decent software with all sorts of malware trying to make money by deceit.

I wonder, however, what’s worse: The ones who try to trick people into downloading malware laden software or to click a poisoned link, or companies who mislead trusting souls into installing antivirus software with the promise that it prevent all sorts of malicious infections, keep their identities safe, protect them from hackers and even save them from the nuisance of spam.

First, you have to remember that the most pervasive threat you face every day is not a virus or a Trojan – but malware. Browser hijackers, Internet connection hijackers, search engine hijackers, and all sorts of other useless software installed unintentionally by the user via software bundles

We have worked on hundreds of computer whose owners thought they were protected by AVG, Avast, Norton, McAfee, MSE, etc. whose computer were rife with all sorts of hijackers and all kinds of malware. it’s a shame because the claims these companies make are simply not true. They may well protect users from viruses and trojans, which users are not likely to encounter frequently, but allow all manner of malware, scum-ware, junk-ware, and hijackers. So much malware passes through that ultimately the computer becomes listless and slow to respond, sometimes to the point of barely being operational.

So who’s worse – the miscreats who trick users into installing software laden with malware, or the companies who promise to protect users from viruses, malware, hackers, identity thieves, and all manner of garbage adn don’t.

We have been recommending Emsisoft for a couple of years now and the reasoh isn’t because we make a little money on each sale, but because Emsisoft protects users not only from viruses and Trojans (it’s antivirus engine has won many awards) but from the malware and hijackers and garbage users are almost certain to encounter every day the venture onto the Web.

We could have been selling Norton or McAfee for a lot more money than we’re making on Emsiosft – but we will never intentionally deceive our friends- the people who count on us to provide them with the truth.

So it is not about money, it’s about integrity; it’s about fighting the trickery and deception so prevelant these days – not only on the Internet but in real life too. Emsisoft doesn’t make ridiculous promises they cannot keep in order to make more money. The don’t make empty promises they can’t keep.

Integrity, honesty, and trust are hard to find on the Internet – the almighty dollare rules and some companies would say anything and promise anything to get your dollars – or try to.

So which is worse – the criminals who trick and deceive to get their malware installed on your computer – or the companies that promise to keep you safe from everything and don’t?

What do you think?

14 thoughts on “Who is worse: The Malware Miscreants or the Companies Who Make False Promises?”