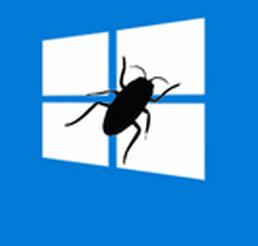 After several attempts to fix buggy releases of Windows 10 Version 1809 (aka Windows 10 October Update), it looks like the October 2018 update will be not be released until November.

Microsoft initially released version 1809 on October 2, 2018, but quickly withdrew it after some users reported that the update deleted users personal files and data. After patching that problem, Microsoft released the patched up version to Windows insiders (testers) who quickly found that the patched version of 1809, had a another major flaw. Ars Technica describes a problem where users would see the dragging and dropping of files from zip archives that didn’t prompt the user asking if they wanted to overwrite a file with the same name. The patched build of Version 1809 that was sent to Windows insiders simply ignored files with the same name.

The latest version being distributed to Windows insiders includes patches for the file deletion problem, the driver incompatibility problems reported in previous releases of Windows 10 version 1809, as well as patching reported audio problems, and the zip archive problem.

Today is the last day of October and no October 2018 Update has been released. So it appears safe to say now that the October 2018 Update will be coming out in November… maybe. Let’s just hope when it is released that all the bugs have been patched and the update goes smoothly for everyone.

We still think Microsoft should quit trying to push out two new versions of Windows 10 every year. One really good, well-tested one would be plenty – in our opinion.