Windows 10 Spring Creators Update is on its Way

NOTE ADDED ON 4/28/18:  Microsoft has announced that the official name for Spring Creators Update will be the “April 2018 Update”. The version number is still the same… Version 1803. The new features the same as those discussed in this article. The Windows 10 April 2018 Update will be available from Microsoft’s Website on Monday April 30, 2018. It will begin rolling out to all Windows 10 users on May 8, 2018 via Windows Update.

Windows 10 Spring Creators Update (version 1803) is expected to be released by mid-April 2018 That means it’s less than a month away.

Startup is now in Settings > System

I installed Windows 10 Redstone 4 (Windows 10 Spring Creators Update pre-release version) to get a look at some of the major new features and layout. I clean installed it on a virtual machine with very little else installed. So you’ll notice I have very few startups and of course, I’d would not really allow Chrome to start up with Windows, but just so you can see that the new Startup in Settings > System looks like take a look: 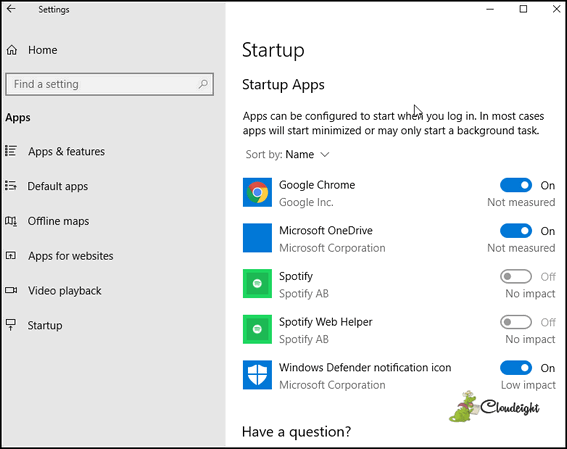 Above: Startup now in Settings. You’ll be able to startup programs on or off from Settings > Startup in Windows 10 version 1803 (Spring Creators Update).

Timeline – Go back in time

One of the most highly touted new features of Windows 10 version 1803 (Spring Creators Updates) is called Timeline. Timeline enables users to review their activity history and return to previous tasks. Timeline shows a list of recently used apps, documents and web pages. Using Cortana, you can set up Timeline to show activities from all devices that are running under the same Microsoft Account.

In order to use Timeline you must turn on Activity history in Settings > Privacy.  You must at least have “Let Windows collect my activities from this PC” selected. 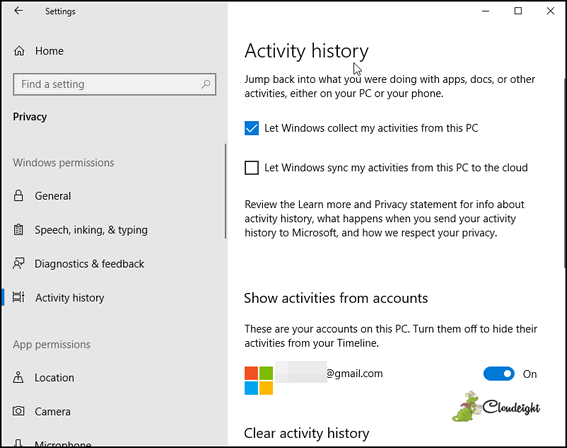 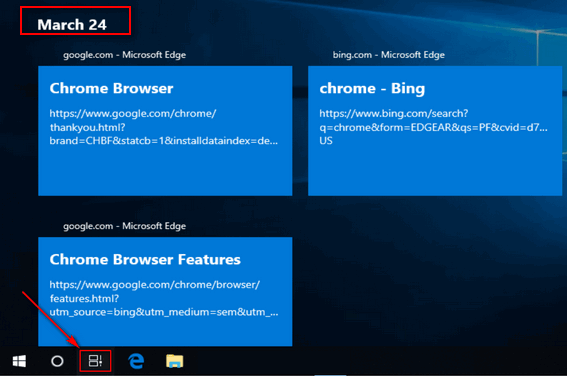 Timeline lets you go back to what you were doing yesterday – or a week ago. Just click on the Timeline (Taskview) icon on your taskbar (above) and scroll time up (newer) or down (older). As you can see, I don’t have a lot of activity on this machine yet, just enough to try a few things out for you. 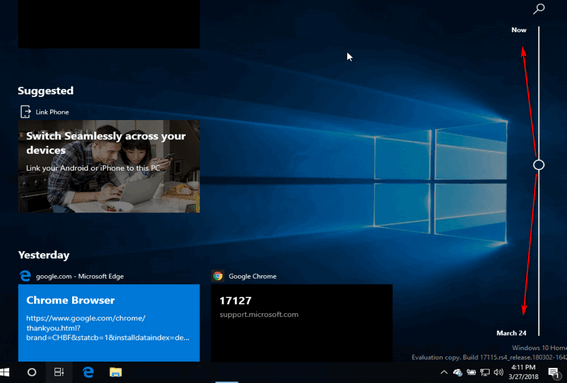 Above and below – the timeline scroller.

There are many new features in Windows 10 version 1803, but not many “major” features. We going briefly cover one more new feature called Focus assist. Focus assist lets you determine what notifications are allowed to popup and grab your attention and which ones are relegated to the Action Center where you can view them when you’re ready. For example, you can mute notifications when you’re playing a game or watching a movie on your PC. You can set it up in Settings > System > Focus Assist. 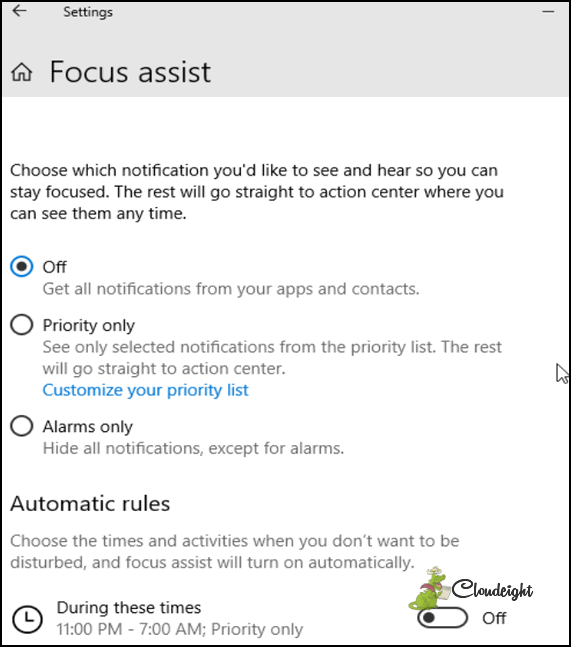 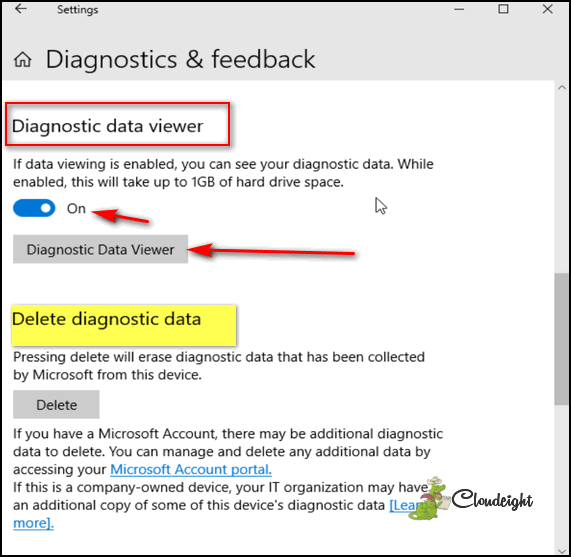 And one more feature that we consider major is the Diagnostic Data Viewer which appears for the first time in Windows 10 Spring Creators Update.

One biggest objections to Windows 10 is the data that Microsoft collects and the potential privacy concerns that could result. Microsoft does collect a lot of information (telemetry) from PCs. According to Microsoft this data is collected to help track down bugs and develop new features. If you’ve ever been curious as to what data Microsoft is collecting about your PC, you’ll be able to find out in the new Spring Creators Update.

Spring Creators Update comes with a “Diagnostic Data Viewer”. You’ll find it in Settings > Privacy > Diagnostics and feedback. When turned on it will show you all the data Microsoft collects. You can delete any data you don’t want to send. And you can also delete all data.  But if you’re using a Microsoft account this will be a 2-step process as you’ll also have to use the online privacy portal as well..