Microsoft just released the Windows 10 May 2019 Update, also known as Windows 10 version 1903 – to the public. Those brave souls who’d like to be among the first to install this newest version of Windows 10 can get it from Mircosoft here.  Keep in mind, we’re not recommending you do this. We think it’s prudent to wait a few weeks and let the problems and bugs bubble up and hopefully then fixed.

Those of you who choose to take a more careful approach to things, and we recommend that you do, you’ll be happy to know that you can temporarily delay the automatic upgrade to Windows 10 v. 1903 as long as you’ve downloaded the KB4497934 cumulative update (May 21, 2019). 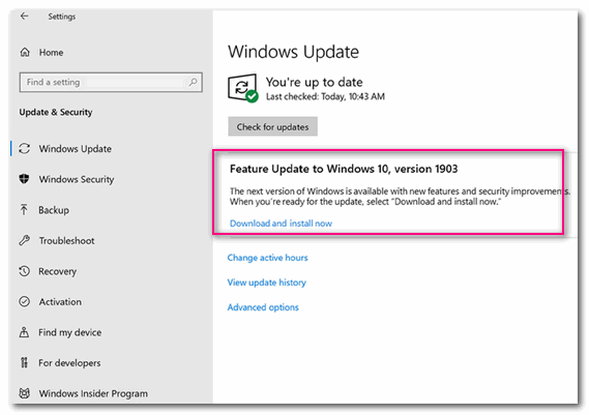 But how long can you actually delay a version update? Well, according to Microsoft…

No one knows exactly what Microsoft’s strategy is, but something doesn’t seem right here. When we read “Several months” we were thinking three months, not five. Which seems more reasonable as Windows 10 version 1803 users would not have to worry about the Windows 10 May 2019 update (version 1903) being forced upon them until August – and by August one would hope that whatever bugs and serious issues plagued early adopters of this version of Windows 10 would be mostly or totally all fixed.