Sometimes It’s All About the Money

Back in the days of Windows 95, 98, ME and even early Windows XP sometimes hardware would stop working correctly due to corrupted or incorrect drivers. And thus, driver updaters were born to help users cope with all these driver updates. But in later versions of XP, and Windows Vista, Windows 7, Windows 8x and Windows 10, driver updaters became unnecessary, but the idea that they were/are had been implanted in the psyche of tech support writers and developers – all looking to make a buck by recommending and selling products like driver updaters.

Every few days we receive offers from companies who want us to promote their products. They offer high commissions trying to get us to recommend whatever they’re selling.

Recently we received this from a company who wanted us to promote their Driver Updater. If you’ve been reading our tips very long, you know how we feel about driver updaters. 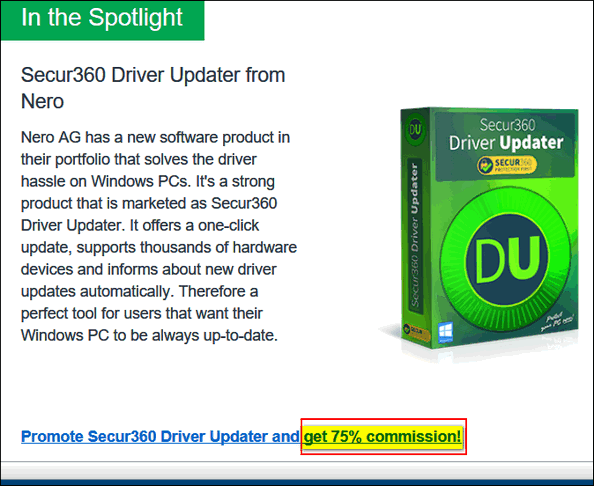 “Secur360 Driver Updater” sells for $29.95 EUR (about $34 U.S.D.). So if we recommended it to our readers, we could make over $24 on each sale with no investment at all. We could probably sell hundreds and make some money.

No matter how much we need the money, we’d never recommend a driver updater or anything else we would not use on our computers and/or didn’t believe in.

That’s how it is and how it’s always been – and we’ll never change.

23 thoughts on “Sometimes It’s All About the Money”