The Definitive Guide to the World’s Hidden Wonders

How do I describe this site? In a word: fascinating. It’s a site that defies description because …we’ll because I can’t describe it. And if I can’t describe it then it can’t be described. There’s nothing you can do that can’t be done. I really can’t do it and I spent over an hour on this site and I didn’t even begin to scratch the surface.

There’s nothing you can write that can’t be written. So, since I can’t describe this site, I’m going to invite the “curator” of this wondrous site to tell you about it. And here is what he or she says about Atlas Obscura:

We are a global community of explorers, who have together created a comprehensive database of the world’s most wondrous places and foods —21,572 of them contributed by our community so far, and more every day, from a secret apartment atop the Eiffel Tower to bridges built out of living roots, from a temple shaped like a chicken to an island ruled by cats, from a fruit that tastes like chocolate pudding to a spicy chutney made out of red ants. There is plenty out there to discover, so let’s start looking!”

Indeed, let us start looking. I’ve lived in Ohio all my life (I know! I know!) and I have never in, around, or near Bangs, Ohio. I never realized it existed or that they have a poorhouse there. We have one here too – EB and I are both residents of The Cyber Poorhouse – but ours is only theoretical. The one in Bangs, Ohio is the real deal… I tells ya!

Here’s what Atlas Obscura has to say about the Knox County Poorhouse in Bangs, Ohio.

“Built in the 19th century, this dilapidated Victorian Gothic building is the centerpiece of the quiet little hamlet of Bangs, Ohio. The massive, multi-story brick building briefly laid claim to the title of largest building in the state of Ohio. Although it has not been able to claim this title in quite some time, this edifice still stands in stark contrast to the few buildings of Bangs surrounding it – a cluster of single story homes and a pair of churches. This juxtaposition between the old building and its surrounding low, rural landscape gives it the feel of a place from a Stephen King novel.

The creepy, unsettling nature of the Knox County Poorhouse extends beyond just an uncanny vibe. Its ownership has changed several times, leading it in the downward spiral to its dilapidated state of the present day. As the name would suggest, the initial purpose of this building was to house the poor and destitute of the then sparsely populated Knox County in central Ohio. Later, it was re-purposed as an infirmary, before being abandoned for the first of several times in its history of neglect…”

Wow! I am headed to Bangs, Ohio right after I finish this. I wonder if it has Wi-Fi. Ya think? Ut-oh, too bad.

I got it, I will see if I can find a place to sleep behind the Anti-Saloon League museum in nearby Westerville, Ohio… and surely, I don’t jest!

…Tucked away inside the Westerville Public Library is a door through which those who are intrigued by life during Prohibition can find all the information they desire. Located in a historic building directly attached to the library is the Anti-Saloon League Museum, one of Ohio’s little-known secrets. 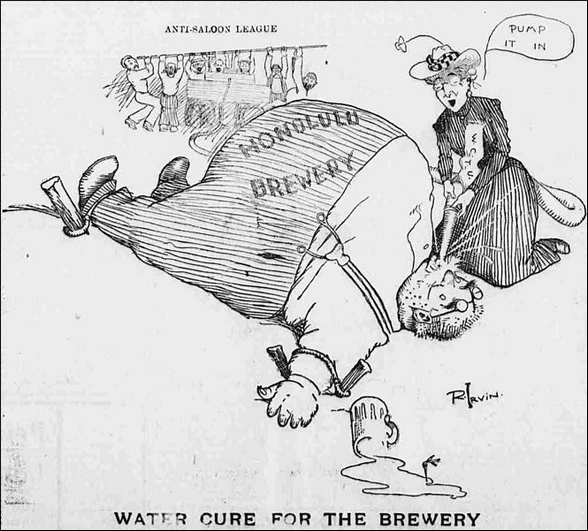 The Anti-Saloon League was one of the most influential political movements in all of American history. The league’s efforts led to the passing of the Volstead Act, which led to the ratification of the infamous Eighteenth Amendment, the prohibition of alcohol in the United States. The story of the Anti-Saloon League is told in this small museum, which actually used to be the league’s headquarters.

How about a pink lake in Australia that defies scientific explanation?

Yep, it’s true, it’s called Lake Hillier and it is PINK. It’s so pink that it looks like a lake filled with Pepto-Bismol to me. Got to be good for a bellyache! And a good place for pink flamingoes to hide too. 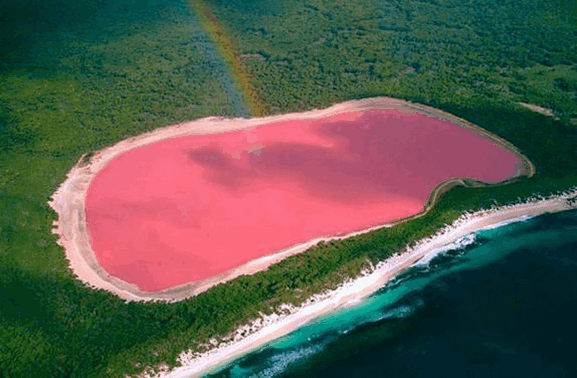 Don’t worry, there’s a lot more than Australia and Ohio to be found on the Atlas Obscura website – a lot more. We will bet you something in your locale can be found there too… no matter where you live.

So, while I find out if the Anti-Saloon League museum has a homeless shelter with Wi-Fi for me, why don’t you go find out what Atlas Obscura has in store for you?