What is Amazon Sidewalk and How Can You Opt-Out? 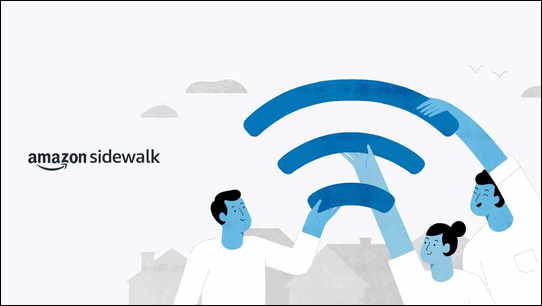 With Sidewalk, Amazon uses your internet bandwidth to build a wireless network. Amazon s promoting Sidewalk as a way to make its devices work better by helping them stay online. It accomplishes this by pooling neighbors’ internet bandwidth to improve connectivity for devices that are out of range. This connectivity across neighborhoods would come in handy when your Amazon Echo or Ring device loses its Wi-Fi connection. Should that happen, Sidewalk can reconnect your devices more easily.

Technology consultant Shelly Palmer is not keen on the idea of Amazon using Sidewalk to build a wireless network using individuals’ bandwidth.

“I’m out. I don’t like the idea of being a node on an Amazon peer-to-peer network and enriching the richest man in the world with my bandwidth, my data and my money. I’m also out because I was “in” without being notified about it. It says one of two things to me: 1) The service is not valuable enough to get me to opt in. 2) The service is great for Amazon and does nothing for me. ’nuff said…”

And NPR has this to say…

Your neighbors decide to put a Ring security camera on their garage, but the device is too far from their Wi-Fi router to get a good signal. Perhaps your router is closer, or you pay for better connectivity. Their camera will be able to send small amounts of data using your Internet bandwidth.

Instead of trying to sell device owners on the merits of joining the program, Amazon adds devices to the shared network unless owners go through the steps to opt out.

‘The fact that this thing is opt-out rather than opt-in is always a big red flag,’ Stanford’s King says. And she isn’t convinced by the warm and fuzzy applications of Sidewalk that Amazon describes, such as helping find lost keys or helping people with dementia.

But Amazon says it’s all in the customer’s interest…

How to Opt-Out of Sidewalk

If you have an Amazon Echo, you can opt-out of Sidewalk by following the steps here.

If you have an Amazon Ring device, follow the steps here to opt out of Sidewalk.

3 thoughts on “What is Amazon Sidewalk and How Can You Opt-Out?”