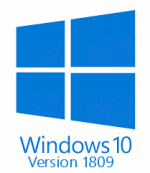 Windows 10 version 1809 (Windows 10 October Update) was originally released on October 2, 2018 and then quickly pulled from the Microsoft servers on October 6, 2018 due to a major bug with the update that wiped out users’ personal files. Not all users were affected (1 % says Microsoft), but enough people were affected to cause Microsoft to withdraw the update for almost six weeks while they worked to iron out all the bugs.

In a blog post, Microsoft’s John Cable, the director of Program Management for Windows Servicing and Delivery, confirms that the data-destroying bug that caused Microsoft to yank the update from its download servers and Windows Update channel has been fixed. He also confirmed that other major bugs and quality issues that were discovered during the hiatus, have also been “thoroughly investigated and resolved.”

Windows 10 Version 1809 (October 2018 Update) is finally available, but you may have to wait a while for it if you want to get it via Windows Update. In the aforementioned blog post/a>, Cable also noted that it may be some time before users get the update.

“…As with all Windows releases, we will continue to carefully study the results, feedback and diagnostic data before we begin offering the update in phases to more devices in the coming weeks and months…”

If you want to get the update sooner, rather than later, you can use the Windows 10 Update Assistant to download and upgrade to Windows 10 Version 1809 (October 2018 Update). We are not recommending that you do this – nor are we telling you not to upgrade. We are keeping you informed.

But we certainly hope that after almost six weeks of “fixing” that this time the update is as free from problems and major bugs as any major update has ever been.

3 thoughts on “Windows 10 October Update Has Finally Been Released”