An Ode to Walter, Jack, and Morgan 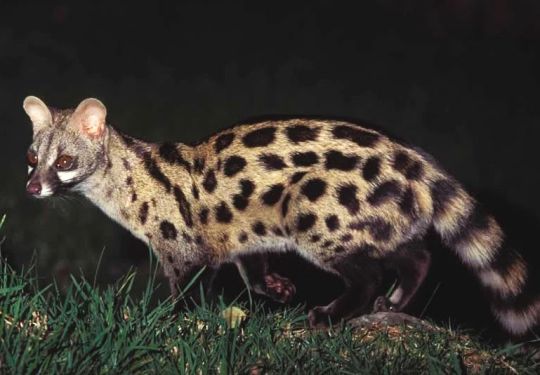 I saw the news today, oh boy. What a crazy world we live in. Watching the news brought back memories of Walter Cronkite reporting the Apollo 11 launch. Nostalgic memory moments indeed.

So, I was going to write about Walter Cronkite today. It was going to be sort of an open letter to the dearly departed bastion of real, honest, authentic, unbiased, and sometimes giddy reporting.

But I’m old and forgetful, and I forgot about Walter and decided to write about a movie I watched recently instead.

A couple of weeks ago I found “The Bucket List” on one of my streaming apps – it was free. That’s always a big selling point with me these days when my income has dropped to the point where people on unemployment make more than I do – and I have all this wit! Wit is not worth doodly squat anymore. I used to think witty = $. But I got a massive surprise.

In the movie “The Bucket List”, Jack plays Edward Cole, who is a sarcastic, narcissistic, egocentric, rich guy who loves Kopi Luwak. Kopi Luwak is a type of coffee. Jack (Edward) is constantly brewing it and raving about it throughout the course of the movie.

I’ve lived for many decades but there are at least two things I never knew:

1. I never knew that wax paper, aluminum foil, and plastic wrap boxes have tabs on each end to hold the roll in place. For decades, I’ve been ignorant of this nifty feature. I learned this from a link to a TikTok video. I didn’t know what TikTok was. At first, I thought it was a breath mint, then I found out it’s like YouTube but even goofier.

2. I never knew that Kopi Luwak existed or what it was. I do now and if you don’t know what it is I shall endeavor to enlighten you… sort of.

Kopi Luwak is a type of coffee that is made from beans that have been eaten by a weaselly-looking animal called a civet. A civet is a kind of a nocturnal cat – but to the untrained eye (mine) it sure looks like a weasel.

In my limited shrinking world, a civet is a weaselly cat that skulks around coffee trees — which are really shrubs or bushes – and gorges on coffee “cherries” which are actually beans.

It seems, and who would ever have guessed this, that these “coffee cherries” ferment as they pass through the weasel’s warm, gurgling intestines. Of course, with no place else to go, they are defecated with other fecal matter.

Someone, at some awful time, must have been desperate for a cup of coffee and not having any Maxwell House or Folger’s handy, saw piles of weasel-cat dung all over the ground in and around the coffee bushes. Noting that these piles were located near coffee bushes, the proverbial lightbulb when off in his/her head. Without another thought he/she carefully examined the lumpy piles and began plucking lumpy, “processed” coffee beans out of those piles of weasel dung.

Wisely, and I’m only guessing here – he or she must have roasted the freshly plucked beans over a campfire to kill any offensive organisms still “clinging” to the beans. And after sterilizing –err I mean roasting– the coffee beans, he or she ground them up and brewed a pot of coffee.

And then capitalism reared its monied greedy head and Kopi Luwak was born. The discoverer of weasel-dung-coffee realized he/she could make a fortune selling it. I mean who wouldn’t want to pay top dollar for an exotic coffee made from beans that were fermented and “naturally” processed in the innards of and subsequently extruded from the rear end of a little weasel-cat?

As I don’t have much money, and Kopi Luwak sells for $600 a pound (a smidge less than a half kilogram, for those metrically minded folks), I never thought I’d ever get “lucky” enough to get a chance to taste it.

Then one day, I was talking to one of my sons about “The Bucket List” and Kopi Luwak, and bless his young, swashbucklin’ heart, he just happened to have some Kopi Luwak lying around his house. I guess it should not surprise me since he has marble countertops, a French press, wooden wine glasses, and a wine room. God love him!

It wasn’t but a few days later, I had a sample baggie of Kopi Luwak beans to call my own. When I looked at them, they looked nothing like the good old, cheap but lovely Chock-Full-O-Nuts coffee beans I frequently buy in a two-pound bag at Walmart for $3.78. 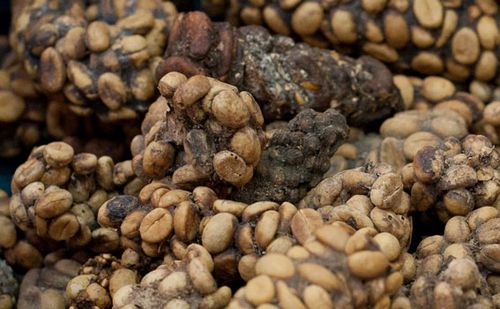 My first thought was that my son got ripped off by some shyster coffee broker in one of those far-off, God-forsaken parts of the world he frequently travels.

My son is a one smart cookie, though. No slimy, weaselly coffee-bean magnate is gonna pull the wool over his eyes. My son knows his stuff. And he should! He has like nine college degrees. And he assured me that the heritage of these beans was genuine. Which means they were truly and provably excreted by weaselly-looking felines and carefully gathered by official Kopi Luwak collectors. So, I was certain, beyond all doubt, that these beans were, in fact, the same beans as the $600 per pound Kopi Luwak beans sold by fine coffee purveyors around the globe. 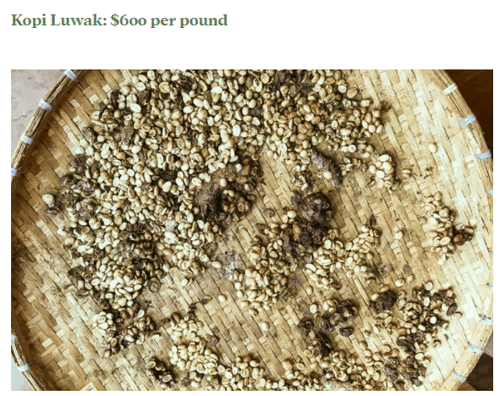 I was excited to have an opportunity to taste this exotic coffee, even knowing the history of its “natural processing”. So, I ground up – more like mashed up (just kidding) – the Kopi Luwak beans and brewed myself a pot of “coffee”.

And you know how it is when you’re about to taste something you’ve never tasted before and people have been telling you forever…”You don’t know what you’re missing!” You get all excited and tingly.

This does not apply to coffee, but you know how people always say weird meat always takes like chicken?

And then you try whatever it is and you’re pleasantly surprised that it really is as good as they say – like, for instance, fugu?

Well, Kopi Luwak isn’t like fugu. For one thing, it can’t kill you if you prepare it incorrectly… I don’t think.

Kopi Luwak coffee tastes absolutely nothing like Chock-Full-O-Nuts. It tastes like hot embalming fluid drained from a decaying mule which has been fermented in rusty steel barrels for three months. .

But no worries! Kopi Luwak is certainly not popular because it tastes good. It’s popular because it’s crazy expensive and you can’t afford it and neither can I. Rich people love it when the sip $600 coffee in front of people who can barely afford spaghetti.

But extremely expensive does not have to be good. And that explains why people go to Starbucks and pay $6.50 for small cup of extremely bad black coffee or $12.50 for a Pastapochino Deluxe, which contains who knows what.

Or why snooty people pay $367 for a Kobe beef hamburger.

If you got it, flaunt it, right?

But the rich are fickle because they can afford to be. If you’re rich you don’t drink Kopi Luwak anymore anyway, it’s sooooo démodé. You drink Black Ivory coffee… it costs $1500 per pound. And instead of being “processed” by mangy little weasel-cats, Black Ivory coffee is processed by majestic stately elephants, which I believe, unlike civets and other weasel-cats, are a protected species and have much larger inner workings.

I see your skepticism, so I shall enlighten you…

We’re pretty certain that nothing with ivory in the name comes cheap. This coffee hails from northern Thailand and routinely hits the $1,500-per-pound mark. Like many luxury coffees…, the process is not always appetizing. These beans go through the digestive tracts of elephants, whereby they’re activated by a particular family of enzymes that make the beans incredibly smooth and flavorful. It’s an involved process that yields very few whole beans, as the elephants tend to break them down. The result, though, is special stuff, widely viewed as both the most expensive and most prized coffee on planet earth.

I guess I should have written my letter to Walter Cronkite after all. Right?

5 thoughts on “An Ode to Walter, Jack, and Morgan”