Most of you know what the Windows Send-to Menu is… when you right click a file you see a list of things and one of them is “Send to”, see? 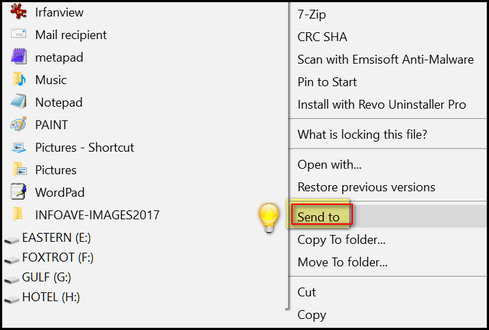 Press the Windows Key + R to open a Run box. In the Run box type the following

You will see File Explorer (Windows Explorer on Windows 7) open to:

Look at the screenshot below and you’ll see a list of things that you’ll see when you right-click something and choose “Send to”. You can add almost anything to this list or remove anything from this list. 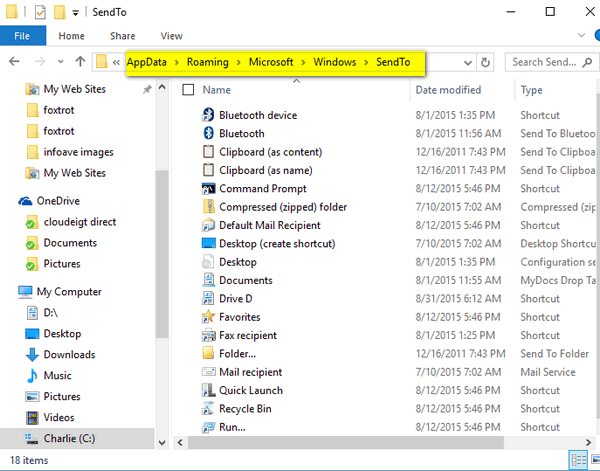 I don’t need Fax recipient on my SendTo list so I right-clicked on it and and deleted it. (These are all just shortcuts) so you’re not going to accidentally remove any programs from your computer here.) 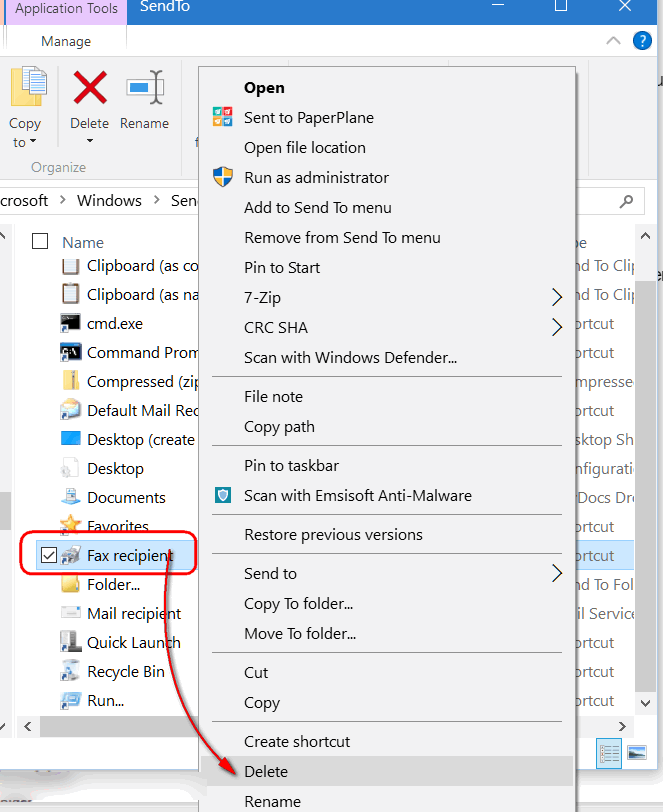 Since I deleted “Fax recipient”, from the SendTo folder above, it no longer appears as a choice when I right-click and choose “Send to”. 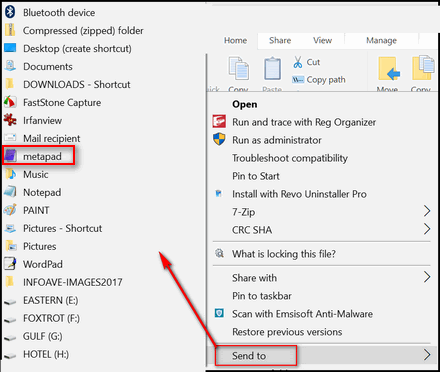 I use a program called MetaPad — instead of Notepad — to open text files, reg files and more – but it was not on the list. To put it on the SendTo list, all I had to do to was drag a MetaPad shortcut and drop it in to the Send-to folder. (Make sure you only move shortcuts and not the program itself.) If you’re not sure, right-click in program’s folder and choose “Create shortcut” – then move the shortcut in to the Send-to directory. Now when I choose Send to, I have the option to “Send to” MetaPad (see the screen shot above). Notice also that “Fax recipient” is no longer on my SendTo menu, because I deleted it.

If all this seems like a trifle too much maneuvering and aggravation,  use can one of the many programs available to accomplish the same things as shown in this article. One of our favorites is a free program called “Sendto Toys”. Sendto Toys makes it a snap to add, delete and modify items to/from your Sendto menu. You can read more about Sendto Toys here.

Now, it’s time to make a shortcut called “Sendto EB”. I’ll send her all my work.