How to Check Your Windows 10 Version

We have had a lot of people asking how they can tell if they have the Fall Creators Update installed. Well it’s really easy.

You’ll see a dialog appear with your Windows version number… like this: 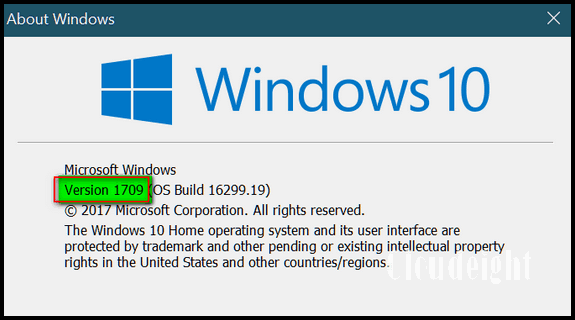 If you see Version 1709, you have the Fall Creators Update installed. This version was released on October 17, 2017.

If you see Version 1607, you are using the Anniversary Update. This update was released on August 2, 2016.

If you see Version 1511, you are using what is known as the November update. If you’re using this version you are no longer getting security updates from Microsoft. This update was release on November 12, 2015.