We recently published an article intended to inform our readers, but unfortunately, it caused a lot of angst. We’re sorry about that.

First: Windows 10 May 2019 Update (AKA Version 1903) has not yet been released. As soon as it is, we and probably every other Windows tip site and tech news site will let you know.  As of today, 29 April 2019), Microsoft has not announced a release date. Most experts think we’re a week or two away from its release. And no one but Microsoft really knows if they intend on doing what they said and releasing the flawed version, or if they’ll back off and fix the update before it’s released. Let’s hope Microsoft puts its users’ best interest before its self-imposed deadlines.

Second: Windows 10 May 2019 Update (AKA Version 1903) will be released over a period of several months via Windows Update. Not everyone is going to get it on the first day, or the first week or the first month. You may not get if for three or four months.  The chances you’re going to get it the first few days of its release, are slim – not impossible but slim.

Should you turn off the Windows Update Services in Services MSC?

Many tech sites and Windows tips and tricks sites are telling users to turn off Windows 10 updates in Services.MSC. We don’t recommend that. Unless you’re an advanced user and understand the risks you’ll be taking we don’t think it is a good idea to turn off the update service.  If you turn it off, you sure won’t get version 1903, but you also won’t get any vulnerability patches, security patches, or other important Windows 10 updates. The risk of turning it off depends on if you remember to turn it back on and that you turn it back on before you miss an important patch, without which may render your computer vulnerable.

Only Windows 10 Pro and Enterprise users can really delay updates. But Windows 10 users can delay updates for up to six days by using a combination of “Active hours”, turning on the Windows Update option to “Show a reminder when we’re going to restart” options, and then using “Schedule the restart” option to delay the update for up to five days. Since a major update cannot finish installing without a restart, this is essentially the same as delaying an update. 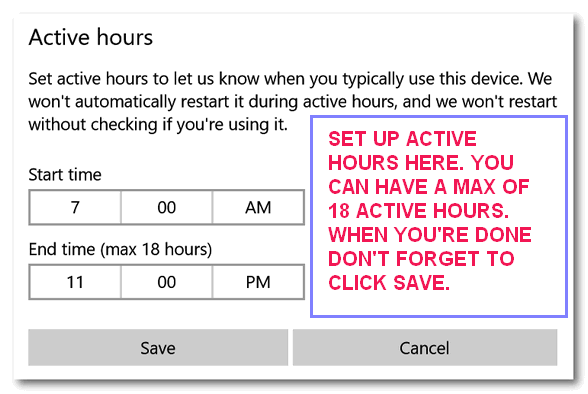 Stay in the Windows Update dialog; you’ve got more to do!

Turn on “Show a reminder…”

Now let’s turn on “Show a reminder when we’re going to restart”,

In the Windows Update dialog, click on “Advanced options”. 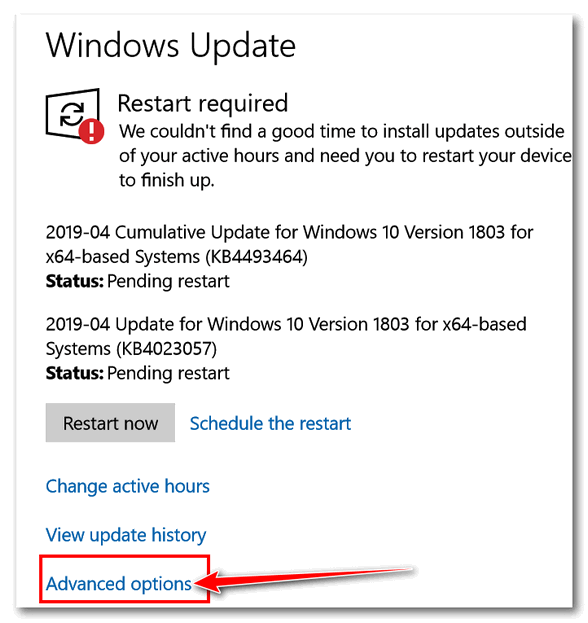 In “Advanced options” turn on the switch under: “We’ll show a reminder when we’re going to restart. If you want to see more notifications about restarting, turn this on.” 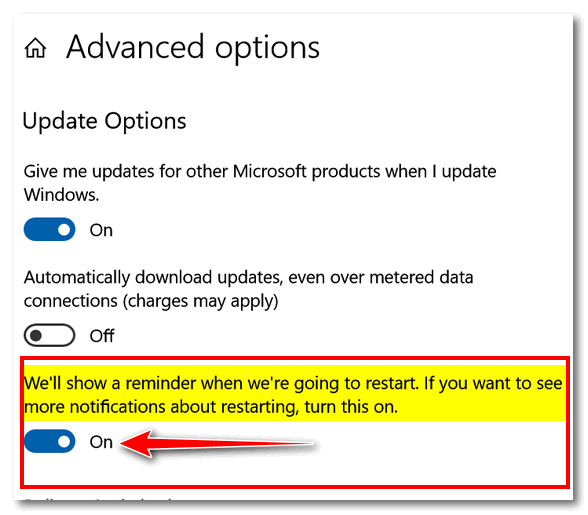 Once you make the settings changes above, the next time there is an update pending, you’ll have the option to schedule the restart. This option essentially lets you delay the update up to five days. 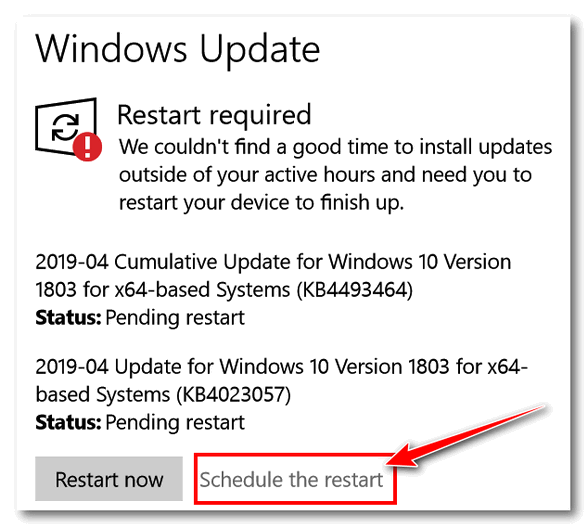 Moving right along… In the “Schedule the restart” dialog, turn the switch to on. After the switch is turned on, you’ll be able to schedule a time and date for the restart. 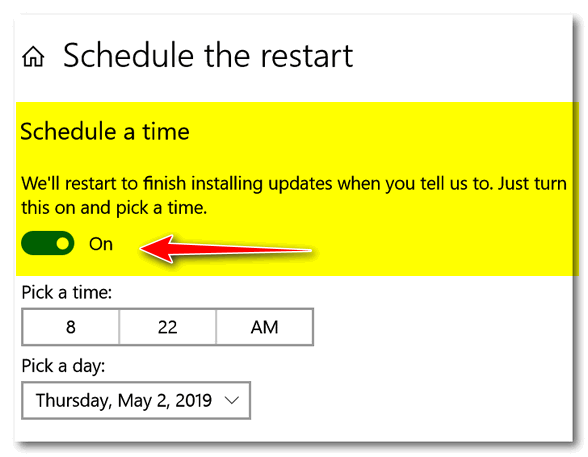 Pick a time and then choose a date. You’ll notice that you can delay the restart – thereby delaying the update – for up to six days. 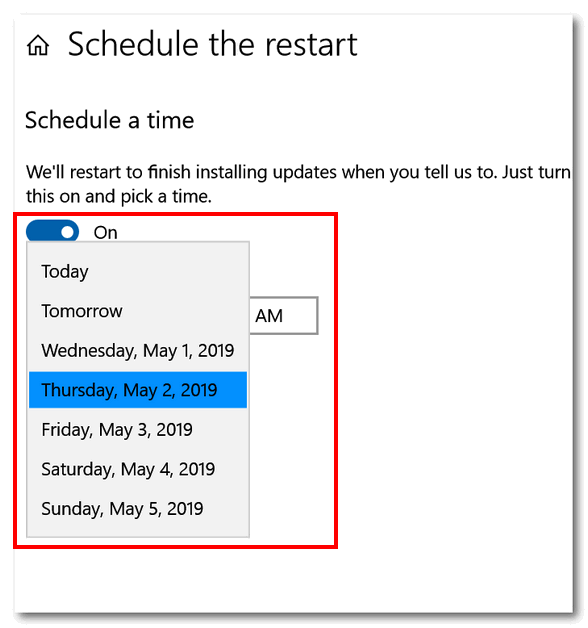 Six days isn’t long considering Windows 10 Pro and Enterprise users can delay updates for a much longer period of time. But six days is better than nothing and it should give you plenty of time to get your computer ready for the update.

Here’s a screenshot from Windows 10 showing the “Pause updates for 7 days” option. 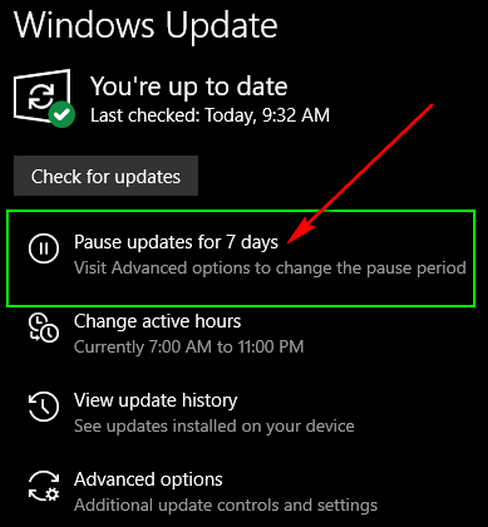