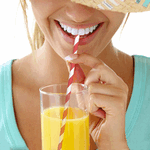 I realize, and freely admit, that I am an old-timer. I often find myself looking back in time and feeling nostalgic. Back in the day, things seemed so simple, people seemed to get along better, and so on. But I know, that in fact, that’s a bunch of baloney. I’ll not endeavor to have this devolve into a political rant, it would serve no purpose. I’d either be preaching to the choir or raising the hair on some very sensitive necks.

The other day I saw a commercial where two bare-chested young men were asking for donations to help dredge all the millions of tons of plastic garbage out of the ocean. In exchange for your donation, you get a bracelet. Not a bad idea, I thought. But then again…

According to another web site, “The Ocean Cleanup“, there are 5 trillion pieces of plastic floating around in our oceans.  Here’s what they say:

OVER 5 TRILLION PIECES OF PLASTIC CURRENTLY LITTER THE OCEAN

Trash accumulates in 5 ocean garbage patches, the largest one being the Great Pacific Garbage Patch, located between Hawaii and California. If left to circulate, the plastic will impact our ecosystems, health and economies. Solving it requires a combination of closing the source, and cleaning up what has already accumulated in the ocean…

I had no idea that the oceans have garbage patches.

Anyway, I’m no math genius, I can assure you of that. But there are roughly 7.5 billion people on this earth. With the help of Google, I can divide 5 trillion by 7.5 billion.  If there are 5 trillion pieces of plastic trash in the ocean, that comes out to 667 pieces of plastic for every person on this planet, and that includes infants, and I’m pretty sure they don’t throw things into the ocean.

I don’t know how it all got there. I recycle plastic bottles, etc., but I know that not everyone does. Just about every morning I wake up to find an empty plastic Mountain Dew bottle or empty plastic water bottle, in my driveway or on my front lawn that some careless motorist tossed out the window of his or her car. This kind of stuff angers me but that’s a rant for another time. How hard is it to keep trash in your car until you get home where you can throw it away properly? Pretty hard for some people, I guess.

All these plastic trash on our streets and floating around in our oceans makes me drift back in time when what we here in Ohio call “pop” — soda, soda pop, tonic, etc. depending on where you live — used to come only in glass bottles. And we had to pay a 2-cent deposit and later a 5-cent deposit on every bottle of pop purchased. And the grocery stores used to have special conveyers where you’d return your bottles and get the bottle deposit back.

And as a kid, searching for discarded bottles was like treasure hunting. You’d find them in trash cans and sometimes sitting near park benches, or sometimes just laying around along the sidewalks and streets. My friends and I would gather as many as we could find in a day and then take them down to Michael’s Newsstand where we’d get 2-cents for each bottle. Sometimes we’d get 20 or 30 cents for our day’s work. And for 30 cents you could by six candy bars or thirty pieces of penny candy.

How did the world grow up this way? Why does humankind always seem to end up painting itself into a corner?  I sure don’t have the answer, but one thing I do know, the plastic didn’t get into the ocean by itself.

And as if plastic bottles were not enough, much of the plastic pollution in those ocean garbage patches consists of plastic straws.

Americans use millions of plastic straws a day. Those straws litter our streets, lands, shorelines, and oceans. Plastic drinking straws are among the top 10 contributors to marine debris pollution. They do not biodegrade but break down into smaller microplastics that have made their way into our food chain and the deepest trenches of our oceans. The research and statistics on the impacts of plastic straws across the globe are alarming. News articles are appearing regularly on what plastics do to our environment, our health, as well as efforts and innovations across the globe to eliminate and ban single-use plastics straws.

This makes me scratch my head and wonder why this is such a big deal? Not to sound like an old-timer again, but when I was young there were paper straws and they seemed to work just fine. What the heck is wrong with paper straws.

Starbucks loves to pander. Whatever they think will come off as “cool” they do, thus enhancing their “cool” image with customers and potential customers. Heck, I don’t blame them. If Starbucks can get away with charging $5 for a so-so cup of coffee, more power to them. Anyway, Starbucks announced in 2018 it is eliminating plastic straws, and by 2020, you won’t find a dirty, stinkin’, pollutin’ plastic straw in any Starbucks anywhere in the word

I started reading about paper straws – the very same straws I grew up with. And I don’t know if they’re better for the planet or better than plastic straws, but I know a lot of people in this day and age are complaining about plastic straws.  Not many places are using paper straws yet — except maybe in trendy places frequented by millennials.

People are upset about this. Some think the move from plastic to paper is caused by tree-huggers and liberal environmentalists who just don’t like plastic. LISTEN UP! I grew up with paper straws and I lived! There were no tree huggers back in those days. There were just benign things like “Ozzie & Harriet”, “Leave it to Beaver”, “My Three Sons”, and the like.

What is going on? We don’t need straws at all. I think all straws suck. If you don’t like paper straws, just drink out of the glass or cup. It works! I’ve done it since I was a young man. I don’t like sucking stuff up in straws, I can gulp right from the glass or cup and so can just about everyone else.

Come on, suck it up, people! We don’t need straws – paper or plastic. And if we got rid of straws then we can end this Left-Right, tree hugger or not a tree hugger argument. Just drink your drink from the cup or glass.

I don’t need a straw and you don’t either.

And if you think I’m just grasping at straws, maybe you should use a sippy cup. 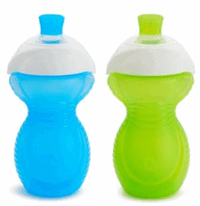 Sippy Cups for those who think they need a straw. Reusable & Fun!

3 thoughts on “Grasping at Straws”