A WiFi  Range Extender (also called a  WiFi Extender, a Range Extender or a WiFi Booster) is a device that repeats the wireless signal from your router and expands its coverage. It captures the signal from your router and re-broadcasts it to improve the WiFi coverage area which can improve the signal in areas of your house or apartment where the WiFi signal is weak or non-existent.

If you have places in your house or apartment where the WiFi signal is poor or have dead spots where you don’t have any WiFi signal, and moving your router/modem to a more central location is not an option, a WiFi Range Extender is an inexpensive solution. It can expand the range of your current router and eliminate areas of your home where the WiFi signal is weak. A WiFi range extender won’t increase the Internet speed you’re getting from your router, but it can extend its range and reduce or eliminate dead spots or areas where the wireless signal is weak.

“…though a WiFi booster will still function with a wireless router that has a different network speed, it won’t improve or ‘up-convert’ your existing router’s capabilities, so don’t purchase a fancy extender with features that aren’t compatible with your older router equipment. Similarly, if your existing router is capable of handling higher frequencies, don’t skimp with an extender that has limited WiFi standards…”

There are 2 types of WiFi extenders, desktop and plug-in. Desktop WiFi extenders, look much like a small router. They take up more space than a plug-in extender and are a little bit harder to set up, but they may offer more features than plug-in WiFi extenders.

Plug-in WiFi extenders are very easy to set up. They plug into an electrical socket and usually have lights to help you find the best placement. Once in place, you can usually connect a plug-in router to the network by pushing a button. 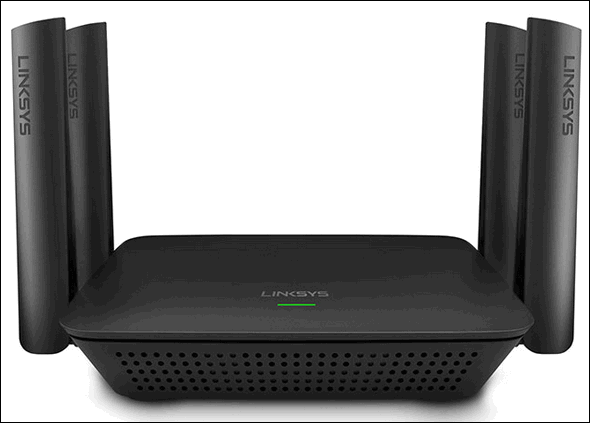 Above: A desktop Wi-Fi Range Extender.

Above and below; Plug-in WiFi Range Extenders.

WiFi extenders offer an inexpensive solution to if you have areas where your WiFi coverage is weak or non-existent and moving your router to a more central location is not an option and you don’t want to spend hundreds of dollars on a new router or a mesh router system. You can buy a decent WiFi extender for less than $50.  They’re available at BestBuy, Walmart, Amazon and other stores where computers and computer equipment is sold.