Many of you already know that Microsoft is going to dump its current Edge browser and switch to a Chromium-based version. And if you didn’t already know it, well you sure know it now.

Microsoft is subscribing to the old philosophy of “If you can’t beat ’em, join ’em” as they throw in the towel on trying to develop a browser that can compete with Chrome.

If you’re an intermediate or an advanced user – or a brave beginner, you can download, install and test the new Chromium-based MS Edge right now. Keep in mind this is test software and some features may not be ready for prime time. In our tests, the new Edge seems a lot faster and more intuitive than the old MS Edge and we had no problems using it.

You can download the beta (Insider) version of the Chromium-based Edge here.

Before you go off to download though, you should be aware that there are currently two choices. 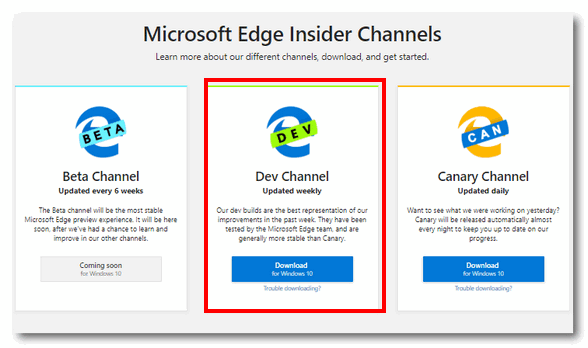 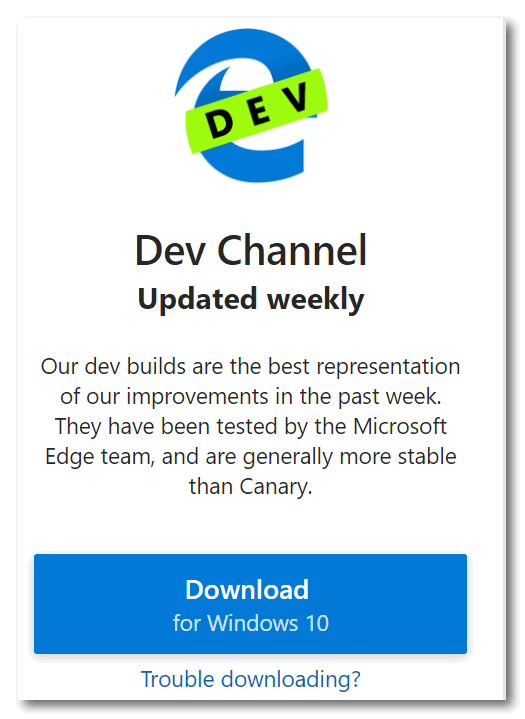 Downloading and installing is pretty much mundane. You’ve seen this kind of installation many times.

Once you’ve downloaded and installed it, you may be interested in some additional information provided by Microsoft.  If you are, take a look at this page.

Oh and one more thing. Since the Chromium-based version of Edge is built on the same platform as Chrome, you can use Chrome extensions in it – but only if you do this.

In the Chromium-based version of Edge, click on the three horizontal dots in the top right corner. Then click “Extensions” in the dropdown menu.

At the bottom of the Extensions dialog, turn on the switch next to “Allow extensions from other stores”. 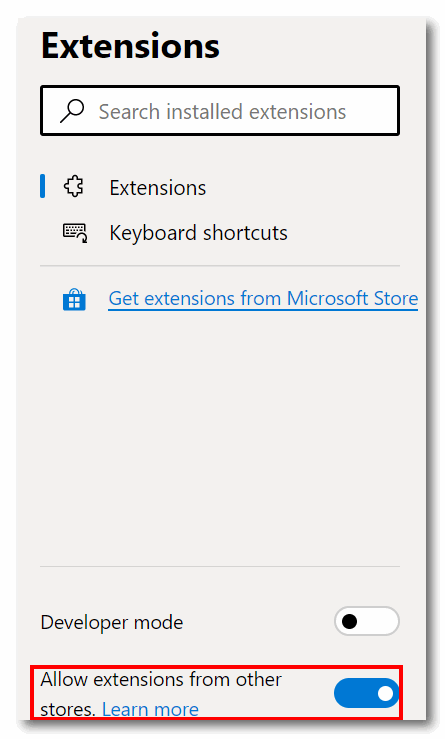 And once you turn that switch on, you can download and install any Chrome extension from the Chrome web store just as easily as you can add extensions to Chrome.

If you decide the Chromium-based beta version of Edge is not for you, you can uninstall it by going to Settings > Apps  and click on Microsoft Edge Dev, then click on “Uninstall” 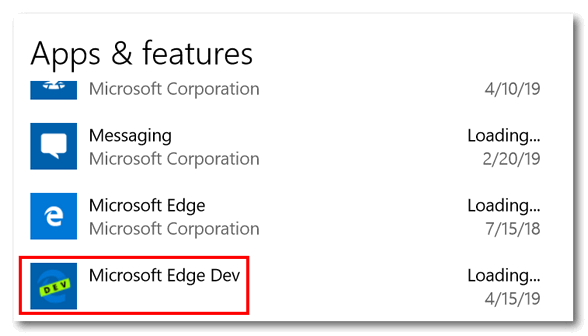 Have fun testing what hopefully will be the best Microsoft browser ever. Imitation is the sincerest form of flattery!