A couple of weeks ago, Microsoft warned Windows 10 users not to install CCleaner… a once highly regarded Windows system cleaner that was subsequently purchased by Avast which led to a lot of controversies as Avast started using CCleaner to spy on its users, as an advertising billboard for Avast antivirus, as a way to entice users to download a software bundle, etc. You can read more about that here.

There are dozens of free cleaners available and we’ve tested a few for you. Those are Cleanmgr+, BleachBit, and PrivaZer. Let’s take a look at each one of them. 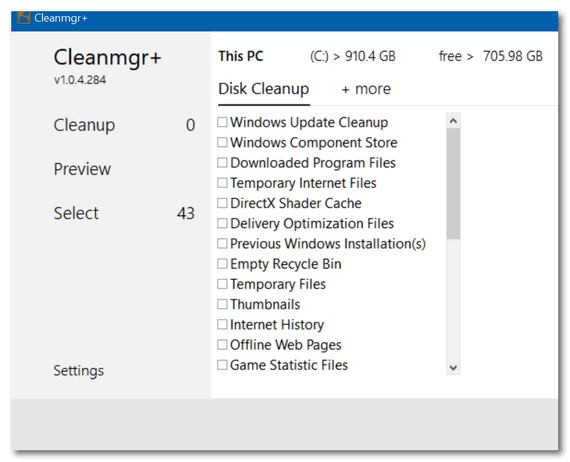 From the Cleanmgr+ web site…

“There are many Disk Cleaner utilities out there, but the goal with this one was to create a tool that uses Windows own resources ensuring that only system-compliant actions are performed.

Find the full list of all available options below.

For more information and/or to download Cleanmgr+, read our original recommendation here (it’s a bit outdated) or go straight to the Cleanmgr+ home page. 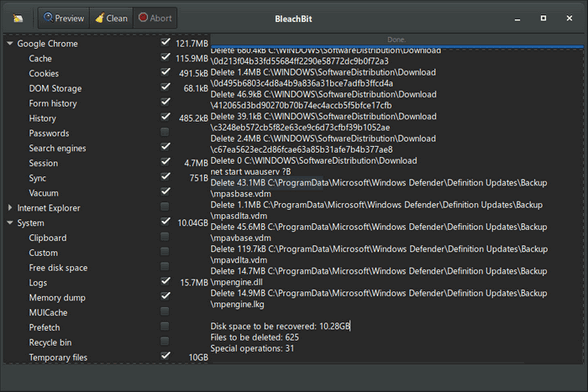 BleachBit is one of our Cloudeight freeware picks. If used with its default settings it is easy enough to use that just about anyone can safely use it.

“When your computer is getting full, BleachBit quickly frees disk space. When your information is only your business, BleachBit guards your privacy. With BleachBit you can free cache, delete cookies, clear Internet history, shred temporary files, delete logs, and discard junk you didn’t know was there. Designed for Linux and Windows systems, it wipes clean thousands of applications including Firefox, Adobe Flash, Google Chrome, Opera, and more. Beyond simply deleting files, BleachBit includes advanced features such as shredding files to prevent recovery, wiping free disk space to hide traces of files deleted by other applications, and vacuuming Firefox to make it faster. Better than free, BleachBit is open source…”

Read more, including our review, here. Privizer is almost like a cult favorite. It has a very loyal following. And for the most part, PivaZer does what it claims to do – even when used with its default settings. Yet, PivaZer is extremely robust and continues to be a favorite among advanced users who like to twiddle around with PrivaZer’s advanced settings.

After re-testing it again today, we think some of you who are not-so-advanced users will find PrivaZer useful right out of the box… without messing around with its advanced features.

PrivaZer is certainly is one of the most complete and powerful free system cleaners available. It has never been one of our freeware picks although some of our readers have recommended it. We have tested it several times and found it to be safe if used with its default settings

With simply one click, PrivaZer is able to clean securely

PrivaZer is a cleanup tool that many highly recommend. We recommend it if you use it with care. To get the most from PrivaZer, be sure to read the documentation and instructions.