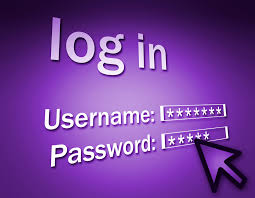 Do you see the difference? If someone wants to crack passwords and has the right software, they really can make a hundred billion guesses per second.

You don’t have to use unpronounceable gibberish passwords — but if you’re using a password manager with a password generator, you don’t have to remember them anyway — that’s what the password manager’s for. You can, if you wish generate random 12-letter pronounceable passwords that are fairly strong — but can be cracked if the attacker is determined. Take the password indamutcag for example — it can be cracked in about 24 minutes using Offline Fast Attack Scenario, and less than 3 minutes using a Massive Cracking Array Scenario.

We’re determined to teach you about passwords. The more you know, the more likely you’ll use strong passwords…and that’s a good thing.

How do we know all this stuff about cracking passwords? We don’t — so don’t worry — we’re not going to sick EB on you 🙂

We got this information from a very interesting site. You can go there right now and test your own passwords if you like.

Here’s a question posed by the page we’re going to send you to:

Which of the following two passwords is stronger, more secure, and more difficult to crack?

If you guessed the second one, you’d be wrong. You can find out why, here .. And while your there, check your passwords, before someone else guesses them.

Here’s some juicy tidbits from the author — just in case you were thinking about avoiding this site and continuing on with your weak passwords:

“Every password you use can be thought of as a needle hiding in a haystack. After all searches of common passwords and dictionaries have failed, an attacker must resort to a “brute force” search – ultimately trying every possible combination of letters, numbers and then symbols until the combination you chose, is discovered.

If every possible password is tried, sooner or later yours will be found. The question is: Will that be too soon . . . or enough later?”

Interested? We hope so. Visit this page to learn more — right now.

2 thoughts on “We’re back to the passwords again”